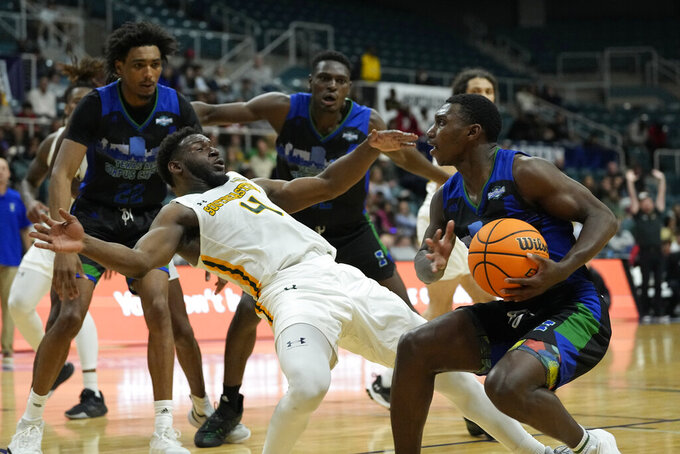 KATY, Texas (AP) — Terrion Murdix and Jalen Jackson each had 13 points and five assists, and Texas A&M-Corpus Christi advanced to the NCAA Tournament for the first time in 15 years with a 73-65 victory over Southeastern Louisiana in the Southland Conference tournament championship on Saturday night.

San Antonio native and first-year coach Steve Lutz, who spent the previous four seasons as an assistant at Purdue, gets the fourth-seeded Islanders (23-11) to the NCAA Tournament for the first time since 2007.

The Islanders took the lead for good with 16:10 to play, but the second-seeded Lions stayed within single digits until the final minute. Ryan Burkhardt got the Lions within three points twice, first with a 3-pointer and then with a pair of free throws a minute later to make it 61-58 with 4:07 remaining.

But the Islanders answered with Murdix's underhanded layup to spark a 10-2 run. The Lions added five free throws in the last nine seconds.

De’Lazarus Keys scored 12 points and San Antonio Brinson had 10 for Texas A&M-Corpus Christi, which is 17-0 when holding opponents under 70 points. Isaac Mushila grabbed 12 rebounds to go with eight points.