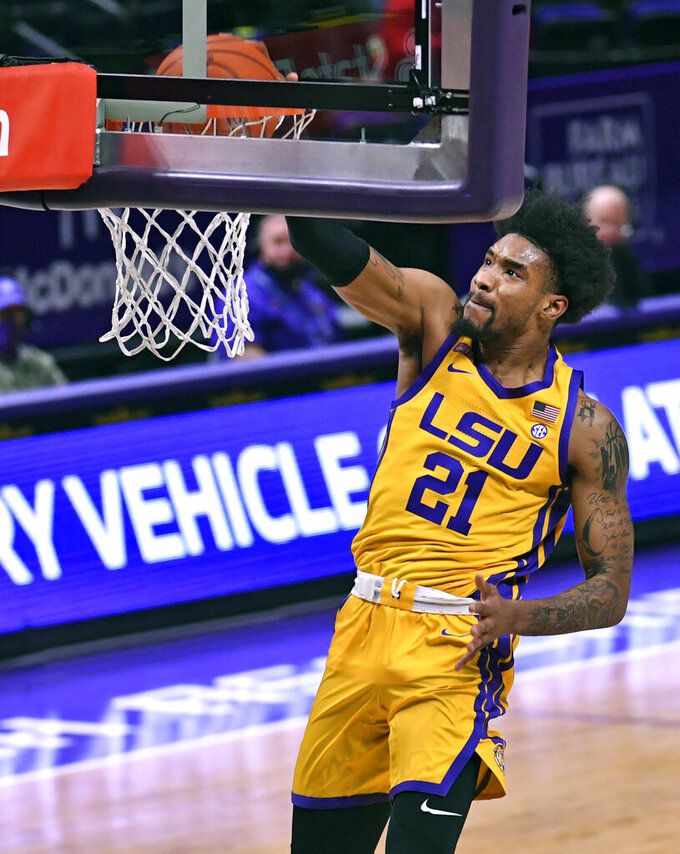 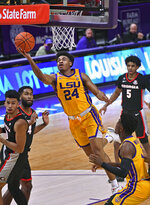 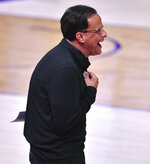 Thomas, who came in averaging 24.6 points (No. 5 nationally) this season, set career highs with 15 free throws on 16 attempts, including 5 of 6 in the final two minutes. Smart finished with 21 points and freshman Darius Days had 13 points and 11 rebounds — his second double-double in the last three games and his third this season for LSU (7-2, 2-1 Southeastern Conference).

Thomas scored LSU's first seven points in overtime to take the lead for good and Days hit a 3-pointer to make it 90-86 with 50 seconds to play. Justin Kier hit the last of his career-high six 3s for Georgia (7-2, 0-2) and after LSU's Trendon Watford made 1 of 2 from the free-three line, Sahvir Wheeler's layup pulled the Bulldogs to 93-92 with 15 seconds remaining. Thomas missed the first of two foul shots and Wheeler couldn't convert a contested layup attempt in the closing seconds.

Kier, a 6-foot-5 graduate transfer from George Mason, finished with 25 points. Wheeler scored 21 and had nine assists. Sophomore Toumani Camara had 14 points and 10 rebounds — his fourth double-double in the last five games — while tying his career highs with four assists and three steals.

The Tigers, coming off an 83-79 loss at Florida last Saturday, trailed by 10 points midway through the second half and Wheeler hit a deep 3-pointer to give Georgia a six-point lead with 1:57 left. Smart answered with a 3 and then stole the ball from Tye Fagan. Trendon Watford drove to the left side of the lane and, as the defense collapsed around him, found Smart for a wide-open straight-away 3 to make it 80-all 47 seconds later.

The Bulldogs, who have lost back-to-back games, were called for 23 personal fouls — 17 after halftime — and were outscored 22-12 from the foul line.