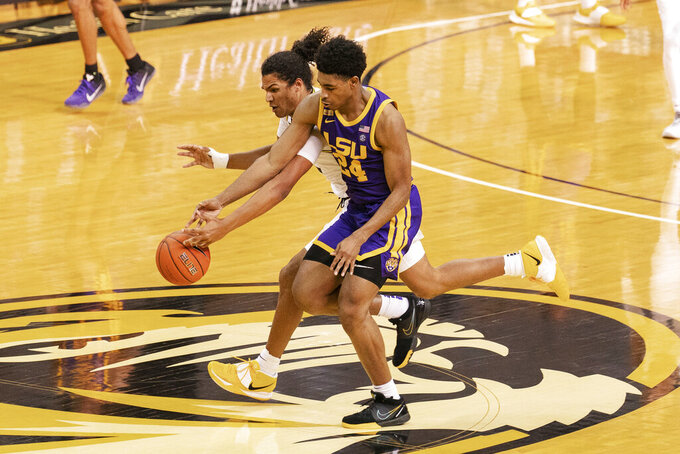 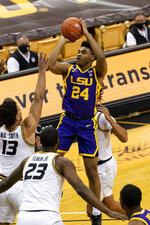 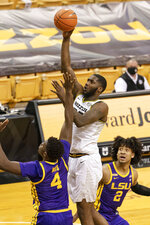 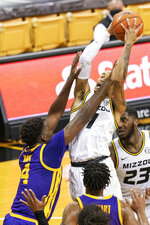 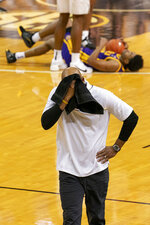 COLUMBIA, Mo. (AP) — Trendon Watford scored 14 of his 19 points in the second half and his short jumper with just over a minute left broke a final tie as LSU battled past Missouri 86-80 on Saturday to end the regular season.

Dru Smith led Mizzou with 17 points. He was just 1 of 3 shooting in the second half, but made 7 of 7 at the line. Xavier Pinson scored 11 of his 14 points after halftime, including a pair of free throws that pulled Missouri to within 80-78.

Mitchell Smith's putback of a Pinson miss tied the game at 80 with 1:20 remaining, but Watford answered with his jumper in the paint and LSU made four free throws in the final 22 seconds.

The game was tied 40-40 at halftime, but that was the first tie since 4-4 as LSU led by as many as 11 and was out front almost the entire first half.

The second half belonged largely to Missouri, but the Tigers could never make it more than a one-possession lead, shooting 35.5% after halftime and making just 2 of 12 from behind the 3-point arc.

There were six ties and six lead changes in the final period.

LSU earned the No. 3 seed and a double-bye into the quarterfinal round of the SEC tournament next week in Nashville. It's LSU's third double-bye in as many years.