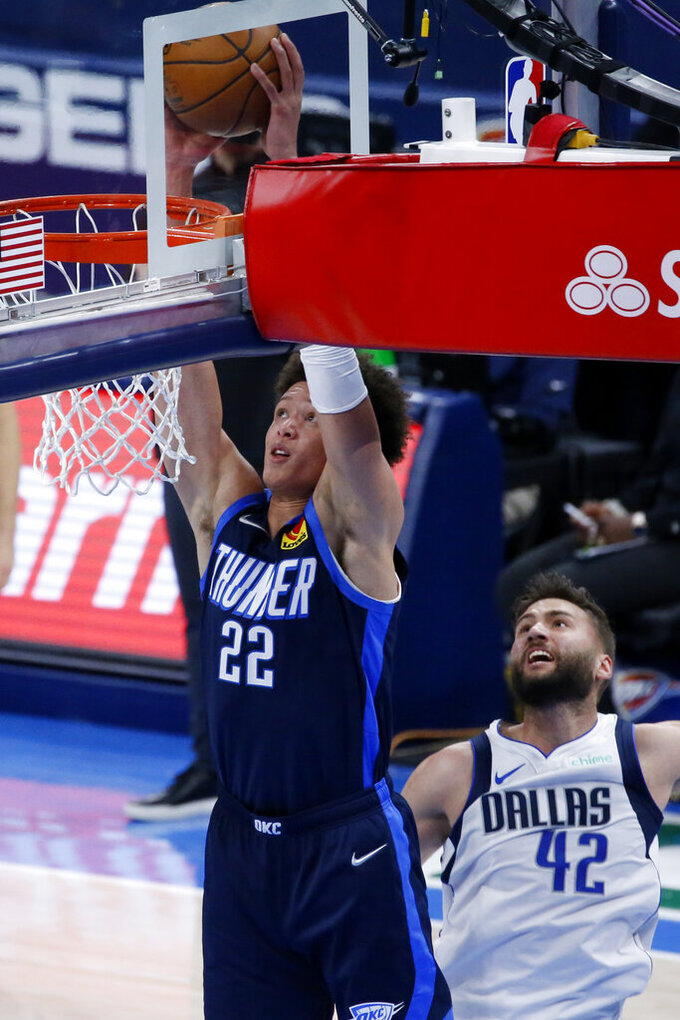 The Thunder made five of their first six 3-point attempts and built a 35-19 advantage after one quarter, then held off a late Dallas rally.

Dallas cut the deficit to 103-101 with just under 2 minutes remaining but Gilgeous-Alexander scored on back-to-back possessions and made six consecutive free throws in the closing minutes.

Oklahoma City outrebounded Dallas 21-5 in the first period and finished the half making 10 of its 14 3-point attempts (71%). The Thunder cooled off from there but still finished 16 of 32 behind the arc.

Josh Richardson scored 27 points for the Mavericks. He scored to cut the deficit to 67-59 early in the third, but Al Horford responded with a three from the top of the key and a traditional three-point play on consecutive possessions.

Horford added 21 points and was 4 for 5 on 3-point attempts.

Mavericks: The loss drops them to 2-5 on the second night of a back-to-back. … Richardson grew up in the Oklahoma City suburb of Edmond.

Mavericks: Visit Denver for the third and final meeting this season.