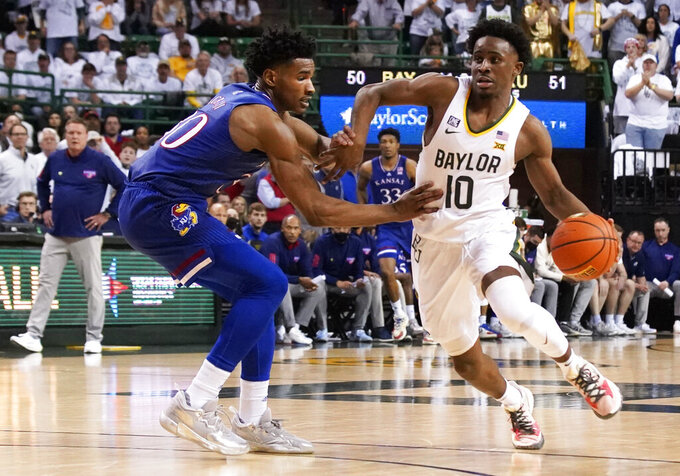 Arguments over conference supremacy have begun well before the start of the college basketball season.

Syracuse coach Jim Boeheim offered one of the most quotable remarks of the preseason when he pointed out the Big Ten’s failings in the postseason.

The Big Ten led all conferences with nine NCAA Tournament bids last season but sent only two teams ( Michigan and Purdue ) to regional semifinals and didn’t have anyone last beyond the Sweet 16. Syracuse plays in the Atlantic Coast Conference, which got five bids but sent three teams to the Sweet 16 and had North Carolina and Duke reach the Final Four.

One year earlier, the Big Ten had nine NCAA Tournament bids to again lead all leagues but advanced only Michigan beyond the round of 32.

As we rank the top six conferences for the upcoming season, we don’t give the No. 1 spot to either the Big Ten or the ACC. That honor instead goes to the league that has produced the last two NCAA Tournament champions.

The Big 12 kept its hold on the national title when Kansas won last season after Baylor earned the crown a year earlier. The Big 12 nearly had three straight championships by three different schools, as Texas Tech lost the 2019 championship game to Virginia in overtime. The Big 12 has five teams in the preseason Associated Press Top 25. Kansas and Baylor are tied for fifth. The other ranked teams are No. 12 Texas, No. 14 TCU and No. 25 Texas Tech.

A look at the preseason Top 25 indicates the SEC could emerge as the best conference of all. The SEC has five ranked teams, all in the top 20: No. 4 Kentucky, No. 10 Arkansas, No. 11 Tennessee, No. 15 Auburn and No. 20 Alabama. Arkansas, Alabama and Kentucky brought in three of the nation’s top five freshman classes according to composite rankings of recruiting sites compiled by 247Sports. Kentucky’s Oscar Tschiebwe was the consensus national player of the year last season.

The ACC has the nation’s top-ranked team in North Carolina, which returns preseason AP All-America selection Armando Bacot from a team that lost to Kansas in last season’s championship game. No. 7 Duke begins the post-Mike Krzyzewski era by welcoming in new coach Jon Scheyer and the nation’s top-ranked recruiting class. The only other ACC team in the preseason Top 25 is No. 18 Virginia.

The Big Ten figures to take a step back this season after having three players (Iowa’s Keegan Murray, Purdue’s Jaden Ivey and Wisconsin’s Johnny Davis) among the top 10 picks in the NBA draft. No. 13 Indiana is the only Big Ten team ranked higher than 22nd in the preseason Top 25. The league’s only other ranked teams are No. 22 Michigan and No. 23 Illinois. Perhaps this is the year the Big Ten gets fewer NCAA Tournament bids but ends up lasting longer in the tournament.

The Pac-12 sent just three teams to the NCAA Tournament despite benefiting from the resurgence of Arizona in coach Tommy Lloyd’s debut season. The Pac-12 heads into this season with three ranked teams in No. 8 UCLA, No. 17 Arizona and No. 21 Oregon.

The retirement of Villanova coach Jay Wright could shake things up in this league. No. 9 Creighton is the preseason pick to win the Big East by the league’s coaches, the first time the Bluejays have had that honor since joining the conference for the 2013-14 season. The only other ranked Big East team is No. 16 Villanova under first-year coach Kyle Neptune. Providence must replace all five starters from the team that won last year’s Big East title.