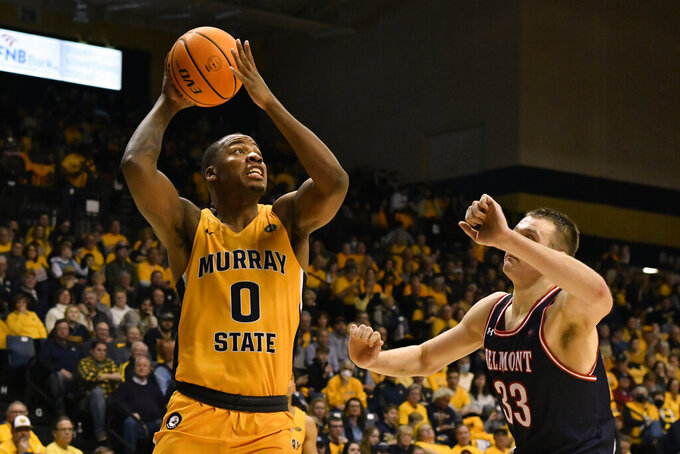 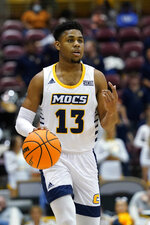 Creighton has its best preseason ranking ever thanks in part to the big victory it earned in the transfer portal.

Baylor Scheierman’s decision to return to his home state and play for Creighton after three stellar seasons at South Dakota State gave Creighton one of the nation’s more versatile players.

Scheierman, a first-team all-Summit League selection each of the last two years, was the only Division I player last season to lead his conference in both rebounds (7.8) and assists (4.5). He was a finalist for the Lou Henson Award given annually to the nation’s top mid-major player.

Now he’s taking his game to the Big East.

“It was definitely a tough decision,” Scheierman told reporters. “Obviously, being there for three years and winning as much as we did, the relationships were pretty strong. This was a move for me individually, hoping to reach my dreams of playing in the NBA.”

Scheierman, who is from Aurora, Nebraska, showed his ability to deal with Big East competition in his final game at South Dakota State. The 6-foot-7 guard collected 18 points and 10 rebounds in an NCAA Tournament loss to Providence.

His addition has helped Creighton earn a No. 9 ranking in the preseason AP Top 25. The Bluejays also return three players who averaged at least 10 points last season in Ryan Kalkbrenner, Arthur Kaluma and Ryan Nembhard.

“He can score the basketball, but he’s an elite, elite passer,” Creighton coach Greg McDermott said. “Adding that to what we already had returning is quite a skill to add to this group.”

Scheierman is one of the more notable players switching teams this season (former schools are included in parentheses):

Davis will try to defend his American Athletic Conference player of the year title at a different school. The 6-footer led the AAC with 19.4 points per game at SMU and also ranked third in the league in assists (4.4) at SMU last season.

Johnson was the Southeastern Conference’s preseason player of the year in 2020-21 but collapsed during a game in December 2020 and hasn’t played since. This season marks his comeback with a new team. Johnson was an Associated Press second-team all-SEC selection in 2019-20. He had 14 points and 7.1 rebounds per game that season.

Nance never got to play in an NCAA Tournament for Northwestern but the 6-foot-11 graduate student now gets a chance to play for the top-ranked Tar Heels, who reached the national championship game last season. Nance, the son of former NBA player Larry Nance, had 14.6 points and 6.5 rebounds per game last season while shooting 45.2% from 3-point range.

This 6-footer earned first-team all-Big 12 honors last season and was named the conference’s most improved player. He averaged 17.4 points, 3.8 rebounds, 2.2 assists and 1.3 steals. He also made 95 3-pointers and shot 43.6% from beyond the arc. Pack was one of seven Division I players to score at least 17 points per game while shooting at least 43% from 3-point range.

Smith was the Southern Conference player of the year and won the Lou Henson Award as the nation’s top mid-major performer last season. He had 19.9 points, 6.7 rebounds, 3 assists and 1.7 steals per game while helping Chattanooga reach the NCAA Tournament.

This 6-10 forward followed coach Matt McMahon from Murray State to LSU after leading the Ohio Valley Conference in scoring (18.0 ppg) and ranked second in the league in rebounding (8.4) last season. He had 18 points and seven rebounds as Murray State defeated San Francisco in the opening round of the NCAA Tournament. Williams averaged 13.7 points for Murray State in 2019-20 and 15.6 points in 2020-21.