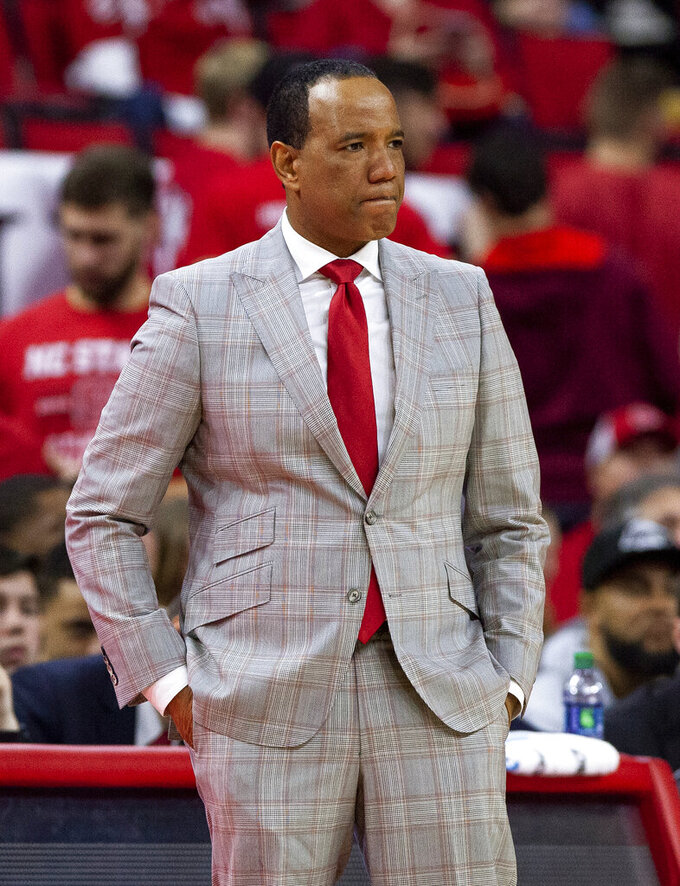 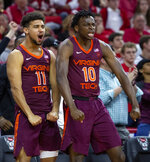 Kansas made a late-season push to clinch its record 14th straight Big 12 title a year ago. The Jayhawks may need a similar run to make it 15 in a row.

The Big 12 race has tightened up heading into the final month of the regular season, with five teams within a game of the lead. The 11th-ranked Jayhawks are looking up in the standings after splitting their two games last week.

The Jayhawks were forced to make a big adjustment when center Udoka Azubuike suffered a season-ending hand injury in early January. Kansas (17-5, 6-3 Big 12) has been good at times without its big man but struggled in others.

The Jayhawks dropped out of the top 10 of the AP poll last Monday and lost to Texas for the first time since 2014 on Tuesday, their third loss in four games.

Kansas received bad news from the NCAA on Friday, when Silvio De Souza was declared ineligible the rest of this season and next after it was revealed that his guardian was paid to steer the athletic forward to Lawrence.

The decision infuriated Self, who called it "mean-spirited" and "vindictive." More bad news came when defensive stopper Marcus Garrett sprained his ankle in practice and couldn't play against No. 16 Texas Tech on Saturday.

Galvanized by the adversity, the Jayhawks jumped on the Red Raiders from the start and never let up, rolling to a 79-63 victory that tightened the Big 12 race.

Heading into this week, Kansas State and Baylor lead the conference at 6-2. Iowa State is 6-3, with Kansas and Texas Tech tied at 5-3.

The Jayhawks have a chance to jumble the race even more on Tuesday, when they head to the Little Apple to face rival Kansas State.

Tennessee had some shaky moments after moving to No. 1 for the second time in school history, struggling to get past Vanderbilt and getting off to a slow start against West Virginia.

The Vols (19-1, 7-0 SEC) had no trouble with their two games last week, beating South Carolina by 22 and Texas A&M by 17 to stretch their winning streak to a school-record 15 games.

Tennessee is expected to stay at No. 1 in Monday's AP Top 25 and has games against Missouri and Florida this week.

No. 23 North Carolina State had an epically bad offensive day against No. 12 Virginia Tech on Saturday.

Entering with one of the ACC's best offenses, the Wolfpack shot like they were playing on state fair hoops where the rim is barely bigger than the basket.

The Wolfpack made nine shots while shooting 16.7 percent, lowest in the history of a league founded in 1953.

"It was crazy," N.C. State coach Kevin Keatts said. "It was almost like there was something on the rim."

N.C. State could be headed for an exit from the poll after also losing to No. 3 Virginia last week.

The Big Ten is heating up after No. 5 Michigan and No. 6 Michigan State lost last week.

The Wolverines (20-2, 9-2 Big Ten) had a nice encore to their trip to last year's national title game, opening with 17 straight wins.

But they stumbled against Wisconsin on Jan. 19 for their first loss and had another bobble on Saturday, losing by 15 at Iowa after beating Ohio State.

The Spartans (18-4, 9-2) lost to Purdue last Sunday and had another clunker on Saturday, losing in OT to an Indiana team that had dropped seven straight. Michigan State also got bad news earlier in the week when it learned guard Joshua Langford would miss the rest of the season because of his injured ankle.

Losses by N.C. State, No. 21 Maryland and No. 22 Mississippi State could create opportunities for a few teams to move into next week's poll.

Auburn, which dropped out last week, won both of its games. Cincinnati has won seven straight after beating SMU on Saturday. Washington has opened Pac-12 play with nine straight victories and could be the conference's first ranked team since Arizona State dropped out in Week 9.