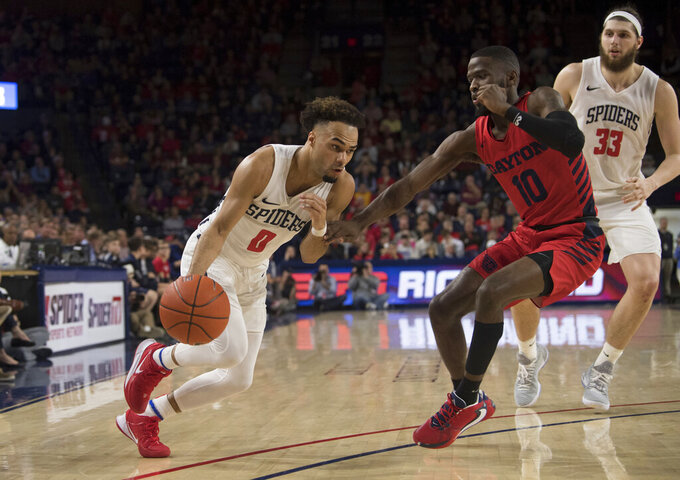 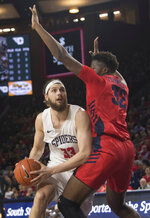 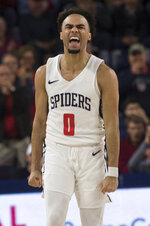 RICHMOND, Va. (AP) — Back-to-back 3-pointers by Jacob Gilyard gave Richmond a four-point lead over No. 7 Dayton in the first half, bringing the crowd at the Robins Center to its feet.

It was just the kind of situation the Flyers have come to relish.

“I feel like we're the best team in college in transition, so when we get out in transition, it's hard to beat us,” Jalen Crutcher, who finished with 24 points, eight rebounds and seven assists said after the Flyers' ninth win in a row.

The crowd, Obi Toppin said, provided a spark, too.

“Every time we're in a hostile environment, that's like an energy boost for us,” he said. “When we hear their cheers, it just brings us up and makes us play a lot harder.”

Whatever happened, Gilyard said, “They silenced the momentum pretty quick.”

But Crutcher hit his fourth 3-pointer and Trey Landers hit a layup off a feed from Toppin to rebuild the advantage to 13 and Richmond's rally came up short.

“I've never seen a team that scores in spurts so much and doesn't have droughts,” Spiders coach Chris Mooney said. His team turned the ball over just seven times, but the Flyers managed 21 points on the fast break overall.

In the first-half burst, Toppin had three dunks, one of the plays that “gives us a boost,” Crutcher said. He added a windmill slam in the second half.

Nathan Cayo had 15 for the Spiders, outscored 21-9 on the fast break.

Dayton: The 6-foot-9 Toppin is, for sure, the centerpiece of the Flyers' attack, but far from the only highlight-maker. Watson had a steal and dunk while surrounded by at least two Spiders early in the game, and Crutcher slithered through a crowd for a banked-in layup a few minutes later.

Richmond: The Spiders have had to change their offense a bit without scoring leader Blake Francis (17.6 ppg), out 4-6 weeks with a fractured sternum, but the offense still goes through 6-foot-10 Grant Golden on most possessions and leans more heavily on Gilyard, Nick Sherod and Nathan Cayo for scoring. Most of Cayo and Sherod's points came with the Spiders trying to get back in the game.

Flyers coach Anthony Grant, no stranger to raucous crowds at the Robins Center because of his time as the head coach at crosstown rival VCU, said his team is still learning what it's like to play on the road in a hostile atmosphere.

He also dismissed any notion of NCAA Tournament talk.

“We're still in the middle of this. There's nothing been decided,” he said.

The Flyers play at Duquesne on Wednesday night.

The Spiders play at crosstown and A-10 rival VCU on Tuesday night.