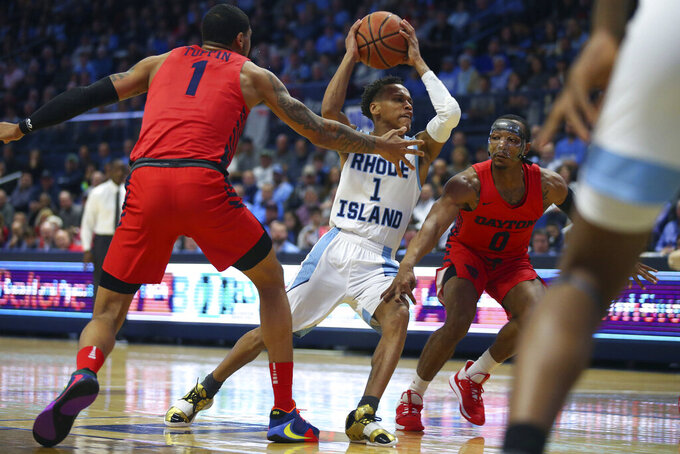 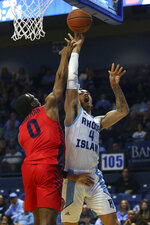 KINGSTON, R.I. (AP) — Obi Toppin's whole family was there to celebrate his birthday with him: mom and dad, grandfather and grandmother, a pair of aunts and some godparents — all wearing shirts that were a mashup of the Dayton and Rhode Island logos.

And then there was his little brother, Jacob, playing for the other team.

In what could be their last chance to face each other before he becomes an NBA lottery pick, Obi Toppin scored 20 points on Wednesday night to lead third-ranked Dayton to its 19th straight win, 84-57 over Rhode Island.

“It's amazing to be on the same court with my brother,” said the elder sibling, who turned 22 on Wednesday and had a birthday cake waiting for him on the team bus. “Not many people get that opportunity. I enjoyed every second of it.”

Trey Landers had 14 points and 14 rebounds to help the Flyers (28-2, 17-0 Atlantic 10) match their 1951-52 team for the school record in wins. With a victory over George Washington on Saturday, Dayton would finish unbeaten in its conference for the first time in program history.

Toppin had four dunks, including a windmill slam that made it a 19-point lead with 10 minutes remaining. When the teams met at Dayton on Feb. 11, Toppin had a similar dunk over his brother, a Rhode Island freshman.

But the younger sibling got a small bit of payback, blocking one of his brother's dunk attempts (though drawing a foul in the process).

“I love playing against him,” said Jacob Toppin, who finished with five points and seven rebounds. “We're both competitive. I told him, ‘You aren’t going to dunk on me again.'”

The reigning A-10 rookie of the year, Obi Toppin is averaging 19.8 points and 7.8 rebounds per game while making 63% of his shots from the field. His four dunks on Wednedsay gave him a school-record 100 for the season.

“I think he’s the best player in the country,” Grant said. “There’s a lot of really good players in the country. But what he’s been able to do, I don’t know anybody in the country who’s more deserving.”

Dayton: The Flyers avoided the upsets that have hit many of the top-five teams this season and remain on track for a potential No. 1 seed in the NCAA Tournament.

URI: Fell to 0-2 vs. ranked teams this year. The Rams are hoping for a long run in the A-10 Tournament and perhaps another matchup of the Toppin brothers in the conference final.

Dayton: Finishes the regular season at home against George Washington on Saturday.

URI: Plays at Massachusetts on Saturday in the regular-season finale.