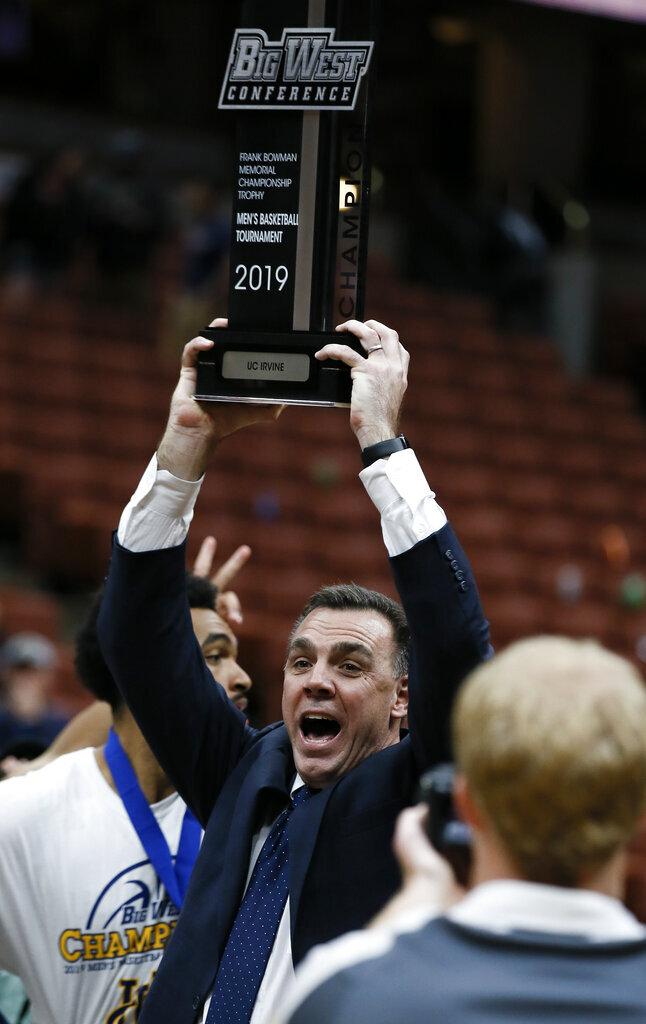 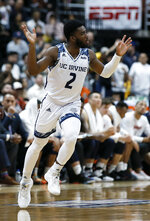 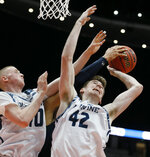 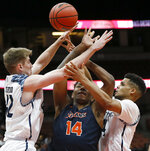 ANAHEIM, Calif. (AP) — UC Irvine coach Russell Turner told his team throughout the week that he didn't want to leave any doubt that they were the best team in the Big West Conference this season.

On Saturday night, the Anteaters showed that and then some as they dominated Cal State Fullerton 92-64 in the tournament final. The 28-point margin is the largest in a Big West title game.

"We wanted to make a statement with our performance," Turner said. "I'll say I'm not surprised with the outcome. You don't expect to come in shooting 60 percent, but I thought it was possible. We had a mature team expecting a great performance."

The Anteaters (30-5) are headed to the NCAA Tournament for the second time in school history. Their previous trip was in 2015.

Max Hazzard and Collin Welp led UC Irvine with 23 points apiece as it made 61.8 percent of its shots from the field.

Hazzard made five of UC Irvine's 10 3-pointers as it led for almost the entire game and was up by 32 midway through the second half. Welp, a redshirt freshman, came off the bench and set a career high in points.

"I have a lot of confidence in my ability to shoot. It felt good going in early," said Hazzard, who was selected as the tournament MVP.

Robert Cartwright and Even Leonard each scored 10 points for UC Irvine, which has won 16 straight and is the first Big West school to reach 30 wins since UNLV went to the Final Four in 1990-91 and finished 34-1. It was 34 of 55 from the field, including 10 of 14 on 3-ponters. The 71.4 percent accuracy rate on 3s is a tournament single-game record.

While the Anteaters were lighting it up from beyond the arc, Fullerton struggled. The Titans missed their first eight 3-point attempts, were 2 of 13 in the first half and 5 of 21 for the game.

"We ran into a buzz saw. The way they shot tonight, they would have beat the Lakers. They were ready for their moment," Cal State Fullerton coach Dedrique Taylor said.

The Anteaters took control early, scoring 11 straight points to burst out to a 13-4 lead with 16:21 remaining in the first half. Hazzard scored nine points during the run, all on 3-pointers.

The Anteaters led 42-24 at halftime and kept extending their lead.

Cal State Fullerton: The Titans won last year's tournament final against Irvine, but could not do it two years in a row. They are 3-3 in the final and have lost 10 of 11 in tournament games where they are matched up against the top seed.

UC Irvine: The Anteaters might have bragging rights as the best team in California this season. They have the most wins of any of the state's Division I teams.

Cal State Fullerton guard Khalil Ahmad scored 60 points in the first two tournament games, but he was held to six points by UC Irvine and was 1 of 9 from the field.

"I knew after Hazard made the first two (3-pointers) that we would be in for a long night. On a night like tonight, it is their night and you appreciate it. They were the better team tonight." — Taylor on UC Irvine.

Cal State Fullerton: There is a possibility the Titans could be invited to the College Basketball Invitational.