UCLA calls off game against Alabama State due to COVID-19 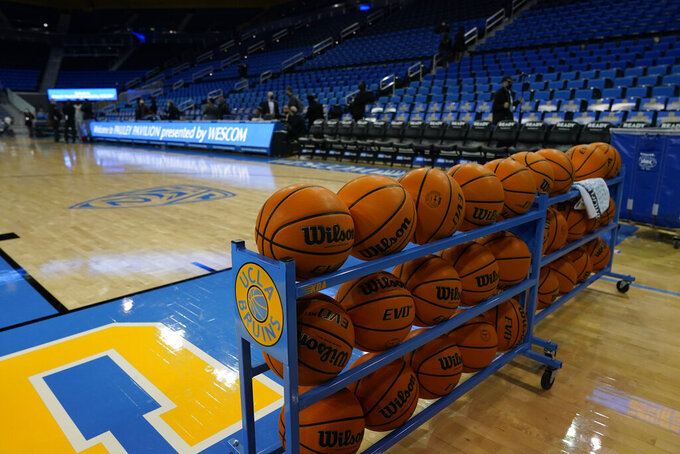 Basketballs are stacked on the baseline before an NCAA college basketball game between UCLA and Alabama State Wednesday, Dec. 15, 2021, in Los Angeles. The game will not be played due to COVID-19 protocols. (AP Photo/Marcio Jose Sanchez)

LOS ANGELES (AP) — UCLA’s game against Alabama State on Wednesday night was called off because of COVID-19 protocols.

The decision was announced an hour before the fourth-ranked Bruins were set to take the court. Some players from both teams were on the court when they were informed. Earlier in the day, UCLA said coach Mick Cronin would miss the game because of COVID-19 protocols.

He was set to be replaced by associate head coach Darren Savino.

Fans streaming toward Pauley Pavilion were taken by surprise as word of mouth spread. The arena had yet to be opened to the public.

Alabama State has been in the Los Angeles area since last week, when the Hornets lost at Pepperdine 79-62 on Saturday.

The Bruins (8-1) are next scheduled to play North Carolina in Las Vegas on Saturday as part of the CBS Sports Classic.