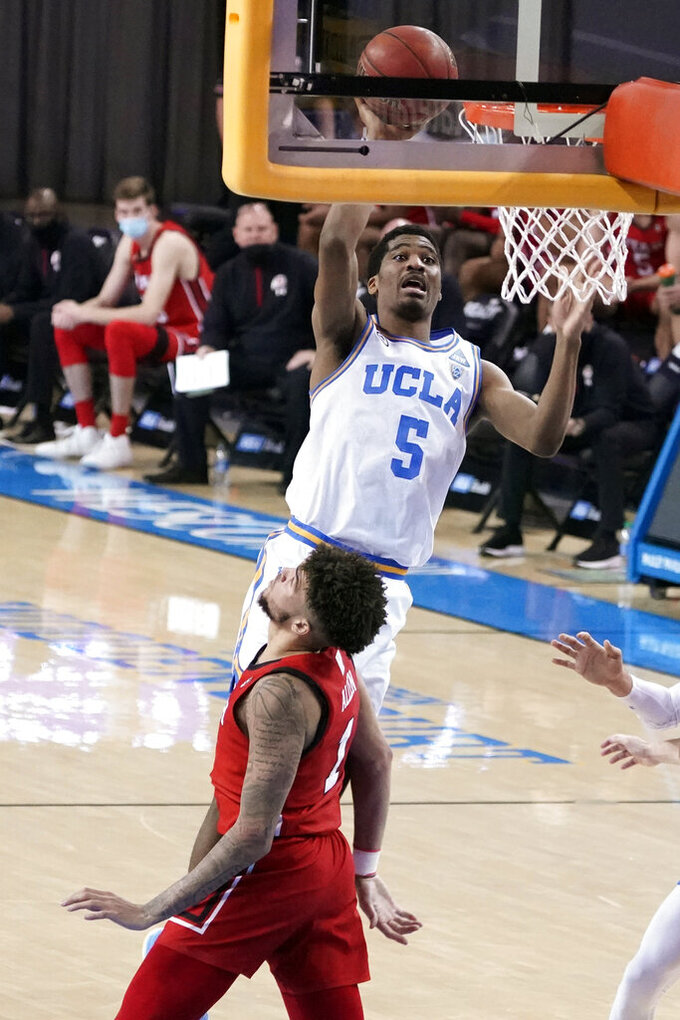 LOS ANGELES (AP) — UCLA guard Chris Smith tore his left ACL and will be out for the rest of the season.

Smith hurt his knee late in the first half of the Bruins’ 72-70 victory over Utah on Thursday. He returned in the second half, but after the game, it was announced that Smith had a bruised knee. The severity of his injury was announced Saturday, shortly before the Bruins (6-2, 2-0 Pac-12) hosted Colorado.

Smith, the team’s lone senior, was averaging 12.6 points and 6.4 rebounds, both second-best on the team. He started all eight games, averaging 28 minutes. He was shooting a team-high 50% from 3-point range and 79% from the free throw line.

The guard from Chicago led the Bruins in scoring last season with 13.1 points per game. He was first team All-Pac-12 and was named the league's most improved player.

“After speaking with our team doctors and medical staff, I’m confident that Chris will make a quick and full recovery,” coach Mick Cronin said. “Obviously, he is very disappointed and his teammates feel for him. Everyone at UCLA will help Chris through this, and I know that he will work relentlessly to be back to 100 percent.”