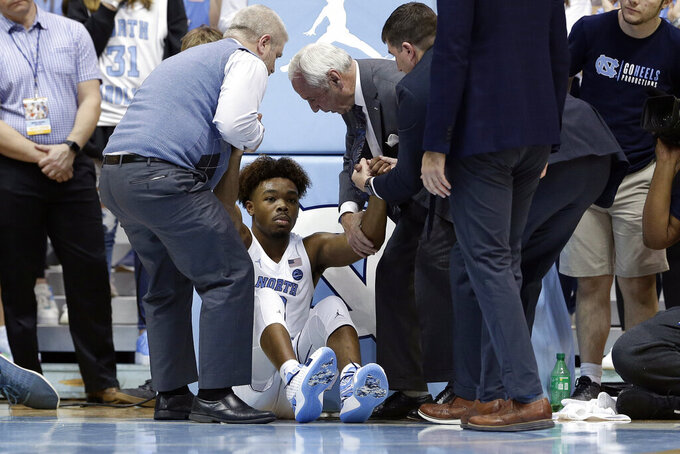 The school said Friday that Harris has torn the anterior cruciate ligament in his right knee. It came a little more than a year after he tore his left ACL, causing him to miss the rest of his senior season of high school along with his first eight games at UNC in a long recovery.

Harris had appeared in five games with the Tar Heels, averaging 7.5 points in the last four. That included 14 second-half points against UCLA on Dec. 21.

UNC coach Roy Williams called it “one of the most heartbreaking injuries one of my team has ever dealt with.”

“Everyone associated with our program hurts for Anthony and his family,” Williams said in a statement. “But we will rally around him and support him every step of the way. I know he will work unbelievably hard to get back on the floor.”