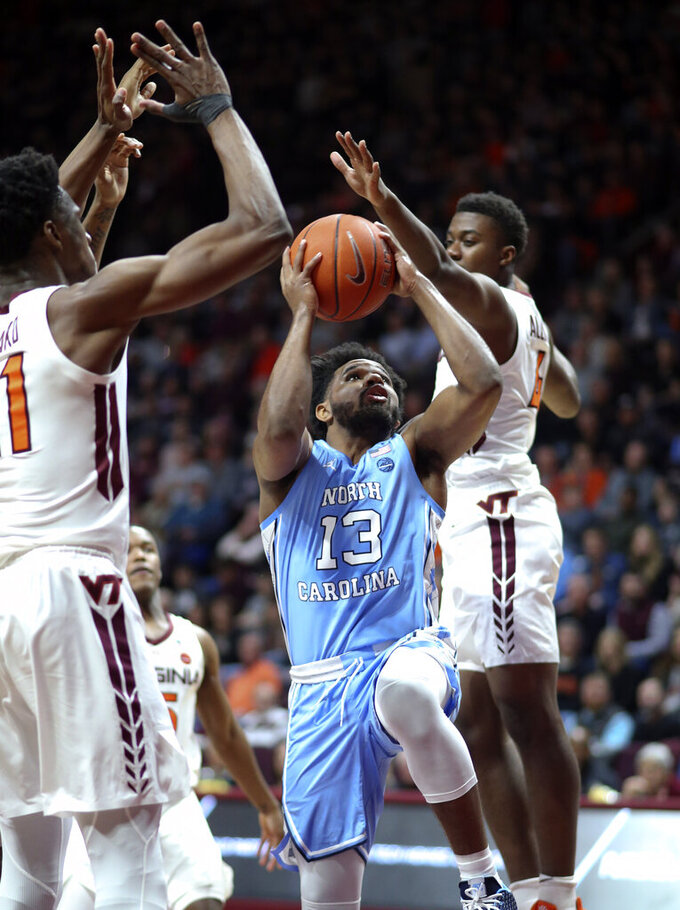 North Carolina's Jeremiah Francis (13) drives to the basket in the first half of an NCAA college basketball game against Virginia Tech in Blacksburg Va. Wednesday, Jan. 22 2020. (Matt Gentry/The Roanoke Times via AP)

Francis averaged 3.3 points last year and played in just 16 games. He didn't play in his junior and senior year of high school due to knee surgeries, then missed the first eight games of his freshman year. Francis had three straight double-figure scoring games in December when pressed into duty when starter Cole Anthony went down with an injury, but he didn't play more than 10 minutes in any game after Jan. 22.

“Jeremiah’s a wonderful young man,” UNC coach Roy Williams said in a statement Thursday. “Our players and coaches enjoyed him being part of our program. I truly admired the work he put in to get back on the court after two full seasons of being injured in high school. We wish him the best wherever he chooses to resume his career.”

Francis joins reserve big man Brandon Huffman in transferring from UNC since the end of a 14-19 season.