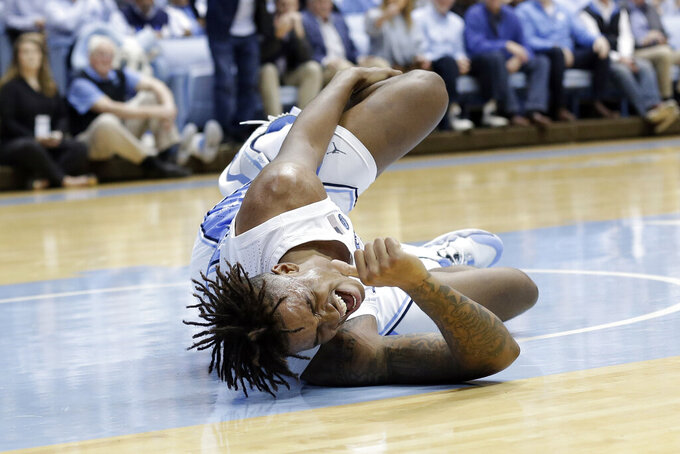 Bacot sprained his left ankle early in a lopsided home loss to No. 6 Ohio State on Wednesday night. Williams said Friday that the 6-foot-10 Bacot is walking without crutches, but he has experienced swelling.

Williams says he doesn't see “any way in the world that he can play.”

Bacot was averaging 11.7 points and 9.6 rebounds before his early injury against the Buckeyes, providing rebounding help and the potential for easy baskets inside. He was coming off a 23-point, 12-rebound, six-block effort in a win against a ranked Oregon team in the Battle 4 Atlantis' third-place game.

The Tar Heels lost 74-49 to the Buckeyes for their most lopsided home loss under Williams.