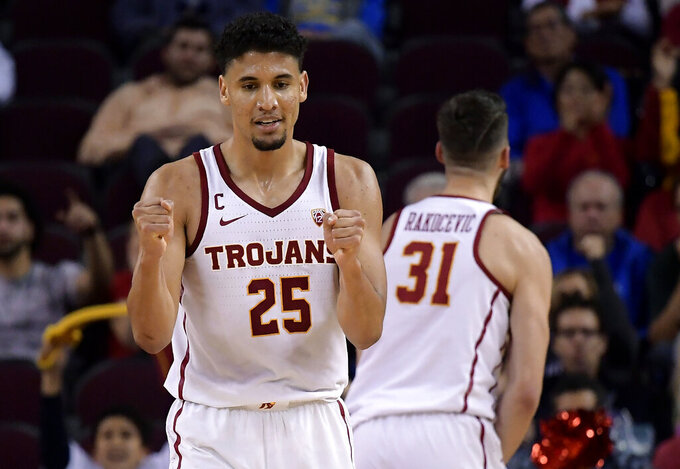 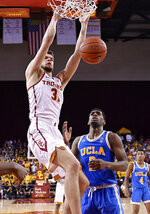 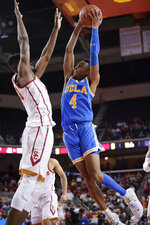 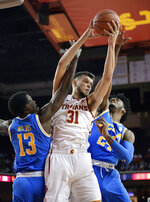 LOS ANGELES (AP) — Bennie Boatwright worked and waited seven months for moments like he had Saturday.

No wonder he was smiling after he scored 21 points and Southern California pulled away in a dominant second half to beat UCLA 80-67, snapping a four-game skid in the crosstown rivalry.

Boatwright seriously injured his left knee last February and missed the rest of the season. He missed the first two games this season and it took him over a month to get back up to speed.

"I don't think people understand how tough it is to come back from injury," the senior said. "You've got to work your way up and stay strong mentally."

"Since December, he's been a totally different player," USC coach Andy Enfield said. "He's got his rhythm back and there's a flow to his offensive game."

Boatwright, a local product once recruited by the Bruins, got the decisive 28-7 run going with back-to-back 3-pointers after UCLA tied the game at 38-all. He had another 3-pointer and basket in succession and Nick Rakocevic added nine points to give USC a 66-45 lead.

Rakocevic had 21 points and 12 rebounds for the Trojans, who led by 26 points in the second half.

"We just took it to them in the second half," Mathews said. "It was personal for all of us."

Mathews added 16 points for the Trojans (10-8, 3-2 Pac-12), who ended a two-game losing streak while winning their fifth straight home game. He had four 3-pointers and Boatwright hit a season-high five of USC's 12.

"A lot of really good play by them and not a lot of good defense by us," UCLA interim coach Murry Bartow said. "They played zone most of the game, and we didn't attack it very well. They just spurted out on us. That was just a bad run for us in the second half."

"We're the best team in LA, and to come down here and not show that tonight, it hurts," Wilkes said.

The Bruins have lost two in a row and six of nine. They were thoroughly dominated in the second half after leading just twice in the game's opening 20 minutes.

"We've just got to keep moving the ball," Wilkes said. "I don't think we did that at all in the second half. A lot of one-on-one, a lot of stagnant basketball."

USC delivered the first blow, opening the game on a 16-4 spurt.

"In the first half, we swung it, got a lot of open looks. Trusted one another as a team," Wilkes said. "Mentally, in the second half it just wasn't the same."

UCLA: The Bruins are still finding their way three weeks after coach Steve Alford was fired. After winning their first three games under Bartow, they've lost two in a row. "For us to win more games and beat them the next time we play them, we're going to have a play a whole 40 minutes trusting each other and scoring the ball," Wilkes said.

USC: The Trojans need to capitalize during a stretch of three straight home games. After the Arizona schools visit, USC has just four home games remaining. They've lost five in a row to Arizona

USC's Kevin Porter Jr. remained suspended on Saturday. Enfield said there's no timetable for the freshman to meet the standards that have been set for him.