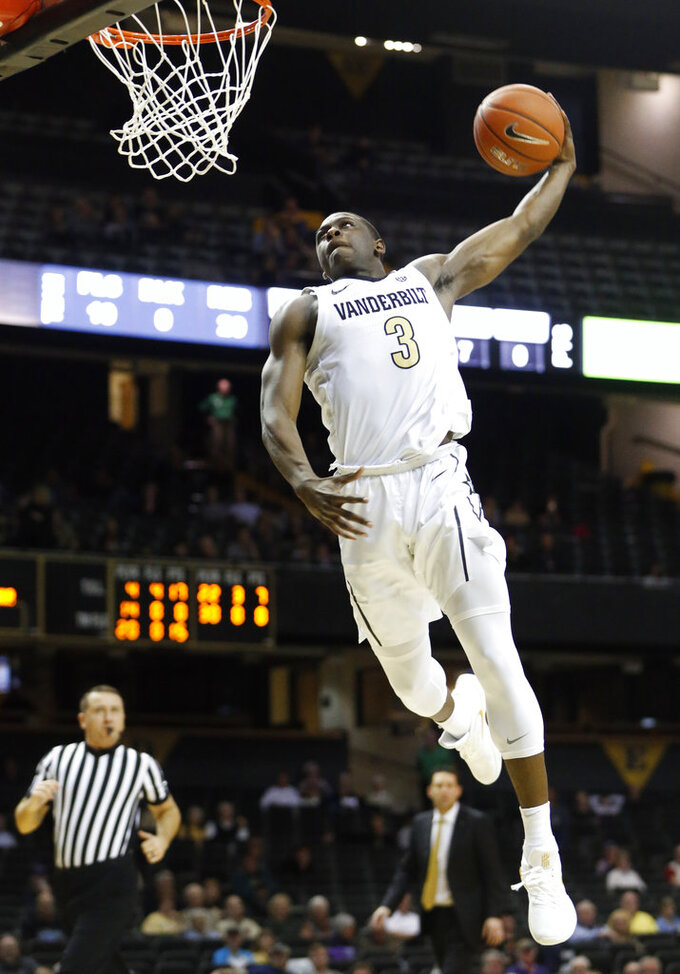 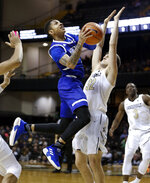 NASHVILLE, Tenn. (AP) — Vanderbilt made a late change on defense and it paid off.

The Commodores capitalized on their height advantage by switching from a man-to-man to a 2-3 zone defense.

"I thought our team, in the last 10 minutes, we got some energy from getting some stops finally on defense and we were able to get out in transition," Commodores coach Bryce Drew said. "And I thought free throws were big. Our guys really attacked the offensive glass and were able to use our size and length to get to the free-throw line."

Vanderbilt (9-3) outscored UNC Asheville 31-10 at the foul line and enjoyed a 14-6 edge in offensive rebounds.

"I thought when they went zone it really kind of hurt our aggression in terms of attacking the basket," Bulldogs first-year coach Mike Morrell said. "I thought that, obviously, was a really good move on their part. When we got unaggressive we started turning the basketball over, which allowed them some easy points on the other end."

The Commodores spend about 85 percent of their defensive practice time on man to man, but Drew switches to zone in games when the situation calls for it.

Simi Shittu, projected to go in the first round of June's NBA draft, scored 17 points and grabbed nine rebounds for the Commodores, who reached the 90-point mark for the fourth time this season.

"We're just playing together. I feel like the (opposing) team is focused on me when I drive to the basket, so when I see Matt in the corner I'm going to pass and create for others, and other people are going to be in double figures," said Shittu, a 6-10 freshman forward from Canada who had four assists.

Yanni Wetzell, a St. Mary's (Texas) transfer from New Zealand who made his second straight start, added a season-high 16 points.

Vanderbilt closed 2018 with its second win in three days against the NCAA's youngest team.

The Commodores shot 56 percent from the floor, hitting 27 of 48.

Freshman Devon Baker added 13 point for the Bulldogs, who were outrebounded 41-20.

UNC Asheville: The Bulldogs lost 12 of 14 non-conference games and fell to 0-5 against Vanderbilt.

Vanderbilt: The Commodores finished strong by outscoring UNC Asheville 50-25 in the second half, getting strong efforts from Ryan, Shittu and Wetzell.

WARMING UP TO GYM

Ryan, who entered the game with the third-most 3s (27) in the Southeastern Conference, is getting used to the wide-open configuration of Memorial Gym that troubles some opposing shooters. "I mean, it's just about reps," Ryan said. "I was missing a few in the first half that I should have made and we just kept moving the ball. We were getting some wide-open shots, but I was definitely missing some open ones. If it's an open shot, I'm going to take it regardless if I'm hot or not. . But it's better when they go in."

The Commodores outscored the Bulldogs 24-10 in the paint during the first 20 minutes to take a 40-34 halftime lead.