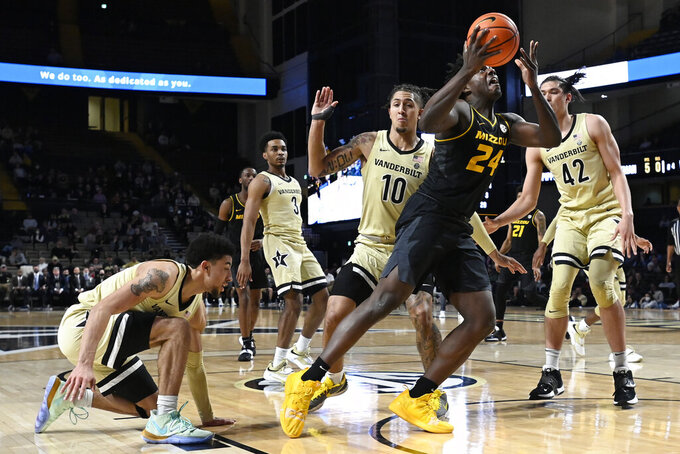 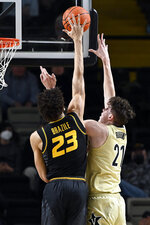 NASHVILLE (AP) — Scotty Pippen Jr. scored 19 points, Quentin Millora-Brown and Jordan Wright each recorded a double-double and Vanderbilt pulled away from Missouri near the end for a 70-62 win on Tuesday night.

Kaleb Brown's desperation, end-of-the shot clock 3-pointer with 4:52 remaining gave the Tigers a 58-57 lead, their first lead since a 22-18 advantage with 4:21 before halftime.

Missouri (9-14, 3-7) reserve Javon Pickett was the lone member of the team in double digits, scoring 15 points.

The Tigers have lost five of six and host Mississippi on Saturday. Missouri leads the all-time series 8-7 but fell to 2-6 in Nashville.

Vanderbilt has won three of four following a three-game losing streak. The Commodores face in-state rival, No. 19 Tennessee on the road on Saturday.