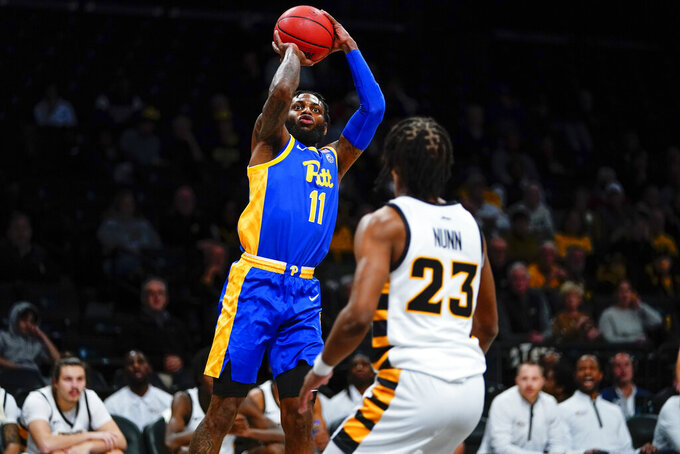 Pittsburgh's Jamarius Burton (11) shoots over Virginia Commonwealth's Jayden Nunn (23) during the first half of an NCAA college basketball game in the consolation round of the Legends Classic Thursday, Nov. 17, 2022, in New York. (AP Photo/Frank Franklin II)

In a streaky second half, VCU had the final run, retaking the lead when Johns scored five straight points and the Rams (3-1) outscored the Panthers 15-7 over the final two minutes.

The teams exchanged runs with Pitt outscoring VCU early in the second half to grab a six-point lead only to see the Rams use an 11-0 run to take back a five-point edge. But Cummings responded with seven straight points in a 9-0 spurt to put Pitt back out in front with nine minutes left.