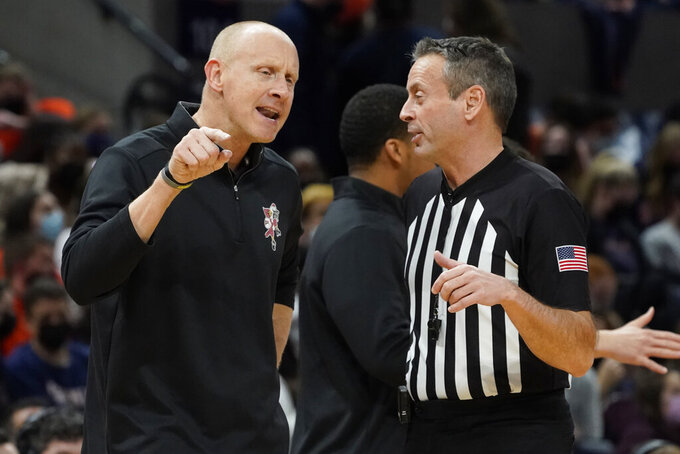 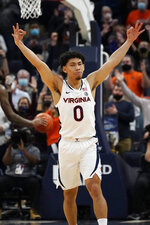 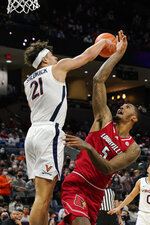 The Cavaliers jumped to a quick, 5-0 lead to start the game after Clark nailed a 3-pointer, then pushed the lead to 22-5 nine minutes into the contest. Louisville battled back and cut its deficit to just four points, 45-41, but could never quite catch Virginia. Clark's 3-pointer with just under eight minutes to go pushed the lead back into double digits, 52-41, but Malik Williams and Jarrod West each hit from 3-point range to get back within five, 52-47. Kadin Shedrick had back-to-back dunks and Armaan Franklin had a three-point play to put the Cavaliers back in front by 12.

Reece Beekman spearheaded a Virginia attack, doling out 11 assists as the Cavaliers put up 20 assists on 24 made baskets.

Clark finished with five assists. Jayden Gardner added 14 points; Shedrick had 11 points, six rebounds and three blocked shots; and Franklin added 10 points. Virginia (12-8, 6-4 Atlantic Coast Conference) shot 47.1% from the field (24 of 51), hitting 5 of 16 from distance and 11 of 14 from the line while taking a decided advantage on the boards, out-rebounding the Cardinals 28-18..

Virginia travels to Notre Dame on Saturday. Louisville now has five losses in its last six games and faces No. 9 Duke on Saturday.