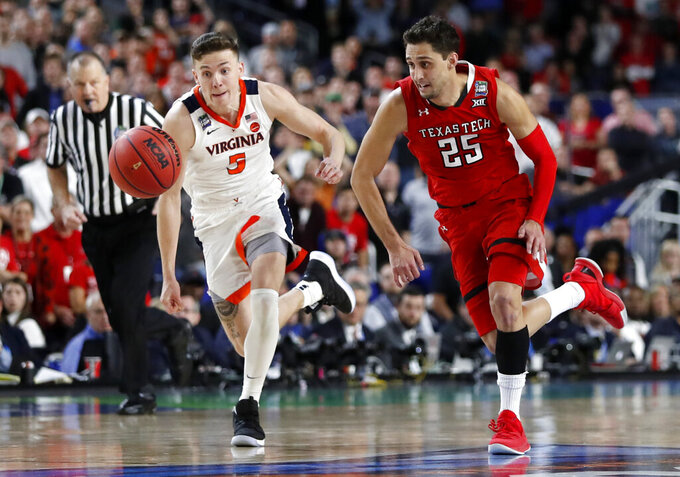 The junior guard announced his plans on Instagram Tuesday, adding he is leaving open the option of returning to school.

Guy was named the most outstanding player in this year's Final Four and is the third member of the national championship team to enter the draft. The 6-foot-2 shooting guard led the Cavaliers in scoring, averaging 15.4 points per game and in 3-pointers with 120.

Guy etched his name into Virginia lore during the national semifinals when he was fouled on a 3-point try with 0.6 seconds left and the Cavaliers trailing Auburn 62-60. He made all three free throws to propel Virginia into the national championship.

Guy will sign with an agent, but has until May 29 to decide whether to leave school or return.