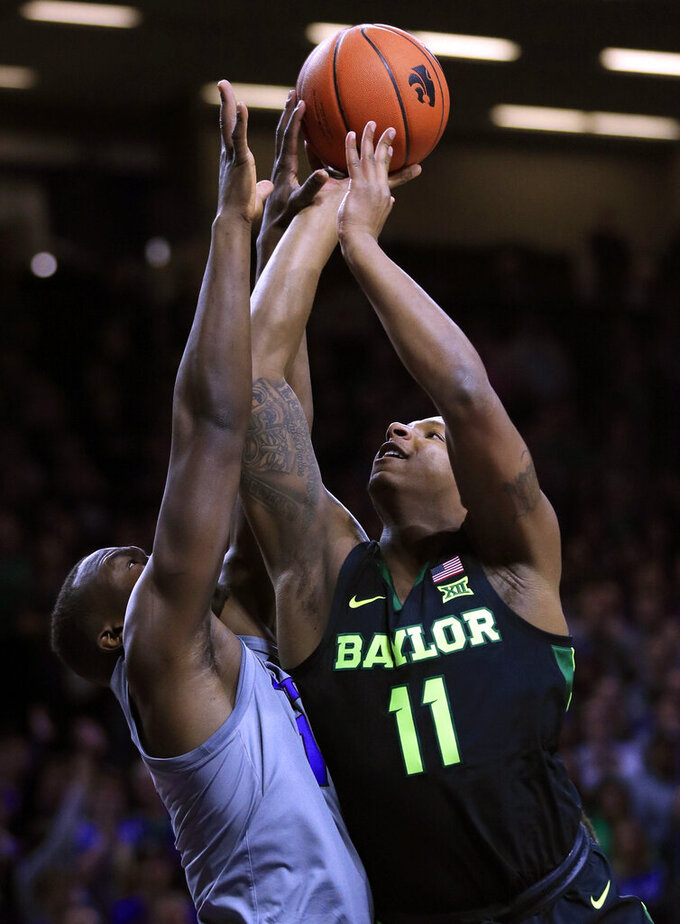 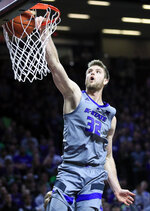 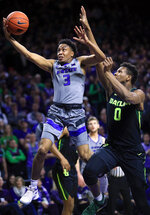 MANHATTAN, Kan. (AP) — When Big 12 Preseason Player of the Year Dean Wade is at his best, there aren't very many better players in the country.

He was at his best Saturday night in the No. 16 Kansas State's 66-60 victory over Baylor, scoring 20 points on 9-of-15 shooting — and looking healthy and confident again after dealing with a foot injury.

"It's really rare nowadays to have that many seniors stick around," Baylor coach Scott Drew said. "I'll be glad when they graduate."

The momentum turned when Wade slammed home a monstrous dunk to give K-State a 43-40 lead.

"We stepped up on the next possession on defense and it kind of got them down," Wade said. "It's nice to get my confidence back up again."

The Wildcats were in control until Mason hit a jumper and Freddie Gillespie dunked to make it 63-60 with 22 seconds left. Stokes followed with two free throws, and Gillespie turned the ball over to kill Baylor's rally.

Wade began to practice again this week after taking three weeks off.

"For 19 turnovers and having a chance down the stretch, credit our guys for not giving up," Drew said. "At the end of the day, you really have to credit K-State."

Each game in amplified down the stretch, but Kansas State coach Bruce Weber knows anybody can win in a conference like the Big 12.

"You know Texas Tech is playing at a high level after they almost lost to Oklahoma State, who we beat by 4,000," he said. "Every game is different."

The crowd seemed a bit out of it in the second half until Wade had his tomahawk dunk. Stokes was on the floor and knew Wade had some room once he jab stepped.

"It was a really nice move to get separation," Stokes said. "When he got into the lane I knew he would take off and I've been waiting for him to do it."

Baylor: The Bears played well after a lousy stretch in the first half. They will be a tough out in the Big 12 Tournament.

Kansas State: The Wildcats are two wins away from a Big 12 title and could clinch it next Saturday when they host Oklahoma on the final day of the regular season.