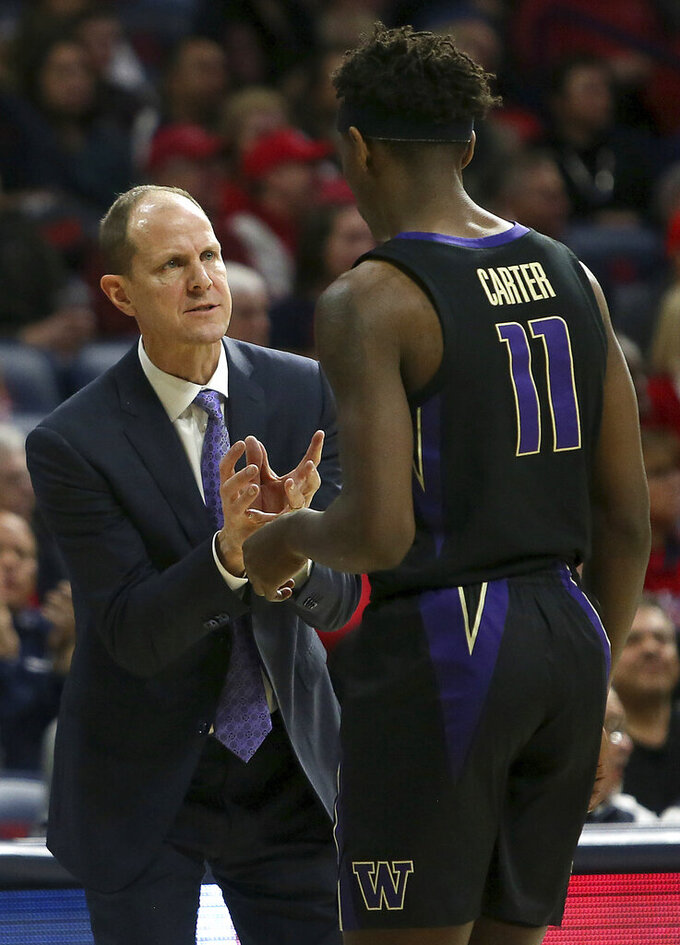 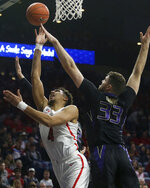 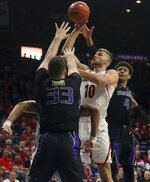 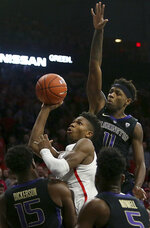 Washington's long-armed senior guard swatted away Ryan Luther's shot two minutes later and kept knocking balls away, swatting and stealing the Huskies to the cusp of a Pac-12 title.

"It's funny. It's honestly funny," said David Crisp, who led Washington with 17 points. "You'd think they would be more aware. Maybe after a guy blocked my shot two times, maybe I'll look out for him. He sets the tone defensively."

The rest of the Pac-12 should look out for the Huskies — if they aren't already.

With big man Noah Dickerson limited by a right ankle sprain and several players sick — Thybulle among them — Washington (19-4, 10-0 Pac-12) had another impressive defensive night, forcing 20 turnovers while holding Arizona to 37 percent shooting.

The Huskies are off to their best conference start since going 14-0 in 1952-53 and have won 12 straight games, all while holding opponents to 70 points or less.

With Thybulle and Crisp leading the way up top, Washington harassed the Wildcats with their 2-3 zone, jumping into passing lanes and contesting shots along the 3-point arc to put a Pac-12 regular-season title within reach.

"It was a fun environment and with all the adversity we're going through, it was great to pull out a win and do it together," Thybulle said.

Coming off an overtime loss to rival Arizona State, Arizona (14-9, 5-5) played without freshman guard Brandon Williams due to a lingering knee injury. The Wildcats could have used his perimeter shot and ballhandling, finishing 4 for 18 from 3-point range while giving up 13 points off turnovers.

"There were times in the game when we played well, but we didn't make enough perimeter shots," Arizona coach Sean Miller said. "We definitely ran out of gas."

The Huskies arrived in the desert as the class of the down Pac-12.

They've done it behind their defense, holding teams to 28 percent shooting from behind the 3-point arc and 61 points during their streak.

Arizona held its own against the Huskies in the first half, hitting just enough shots to overcome 11 turnovers and trail 29-28.

The shooting luck didn't continue in the second half, thanks to the swarming Huskies.

With Washington contesting every pass and shot, Arizona missed its first 11 shots as the Huskies stretched the lead to nine points. The Wildcats managed to hang around for a little while until Washington made six straight shots, going up 59-47 on Thybulle's corner 3-pointer that forced Miller to call timeout.

The Wildcats never made it all the way back.

"When it comes down to it, we've got to be tougher and come up with stops down the stretch," said Arizona's Chase Jeter, who had 12 points.

Washington's defense has been dominant and complemented it by shooting 51 percent. Win against Arizona State on Saturday and the Huskies will all but clinch the Pac-12 title and earn a spot in the AP Top 25.

Arizona had trouble against Washington's pressure defense and struggled to get perimeter shots to lose for the fourth time in five games.

Dickerson didn't start and limped away from the locker room after the game, his ankle clearly still sore.

He gave the Huskies a strong presence inside at both ends despite the bum ankle, finishing with 10 points and three rebounds in 26 minutes.

During his opening statement, Miller said he would only take questions about Thursday's game and nothing off the court.

On Wednesday, Arizona announced it was initiating the process to fire assistant coach Mark Phelps and suspended him indefinitely with pay due to an NCAA rules issue.

The school said in a statement the move was not related to a federal probe into basketball recruiting that cast a cloud over the program and led to the arrest of another of Miller's assistant coaches in 2017, Emanuel Richardson.