Washington leads No. 23 OSU's rally past No. 11 Rutgers 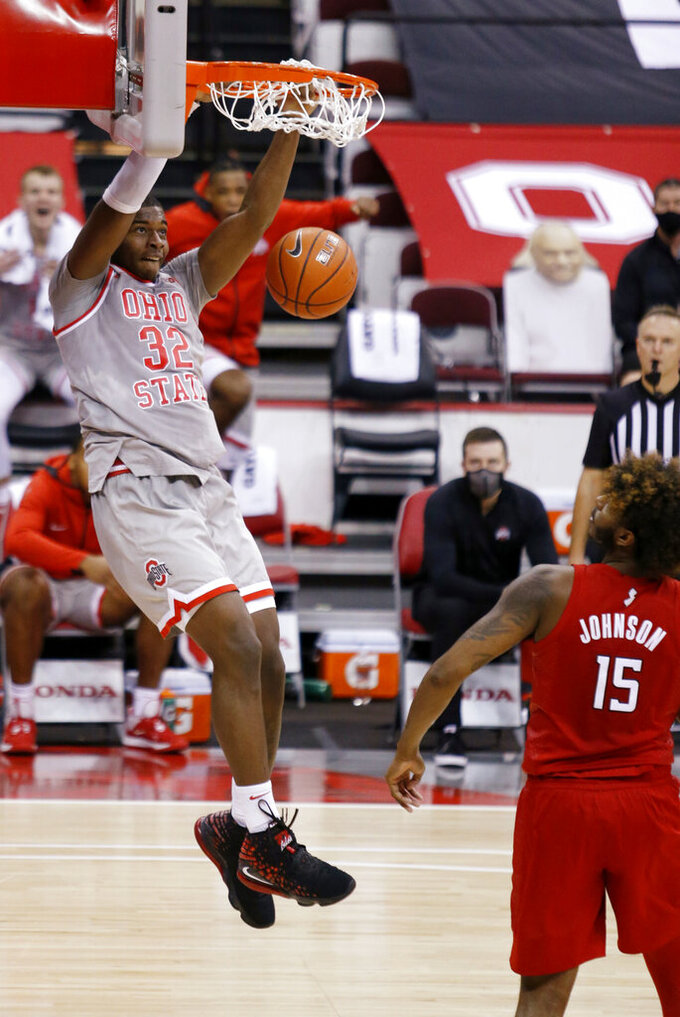 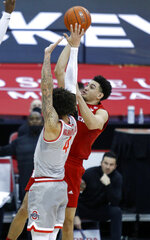 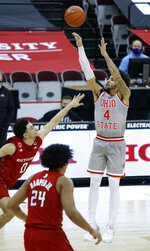 “That was a heck of a win,” Ohio State coach Chris Holtmann said. “We had to be really resilient. We put ourselves in a bind and some of that was how well Rutgers was playing. But players win games and our guys responded.”

The Buckeyes held a commanding 45-25 advantage in rebounding and outscored the Scarlet Knights 22-10 at the foul line.

“I needed to do a better job of getting this team ready for the two things this team does well — rebounding and shooting free throws,” Rutgers coach Steve Pikiell said. “The credit goes to Ohio State. They’re really good.”

Led by forwards Liddell and Young, Ohio State also had a 38-20 edge in paint scoring.

“Kyle and I are great friends,” Liddell said. “He and I feeding off each other was really good and I think that bond is going to keep going.”

Washington answered with three rapid-fire 3s of his own. Rutgers still led 61-55 with 7 1/2 minutes left.

“Duane had some big 3s that gave us some momentum,” Holtmann said. “That made it more manageable and I thought we played better defensively after that.”

Ohio State dug in on defense and went on its decisive run, which included eight points from Washington and four each from Liddell and Kyle Young. Washington hit a baseline jumper to tie it at 61. Pikiell then objected to what he thought was a missed foul call and was hit with a technical.

Washington sank both free throws and Liddell scored on the ensuing possession for a 65-61 lead with 4:09 left.

“I just have to do a better job with the officials,” Pikiell said. “They’re great. They do a great job.”

Ohio State kept pushing and went ahead by 14 points on a breakaway dunk by Musa Jallow in the final minute. Rutgers wilted down the stretch, missing 11 of its last 12 shots from the floor.

Rutgers: Playing without starting center Cliff Omoruyi (knee), the Scarlet Knights put forth a strong effort to remain undefeated but did not have the depth to finish the game. They have six days off before their next Big Ten game.

Ohio State: Coming off a win over UCLA, the Buckeyes shot 38% in the first half and things looked bleak. But Washington and Liddell came on with big second-half performances. It was the second time this season the Buckeyes have rebounded from a double-digit second-half hole. They did it on Dec. 8 at Notre Dame.

Rutgers’ depth issues were compounded when standout guard Jacob Young left the game with 7:29 left. Young went to the floor hard when he was fouled by OSU’s Kyle Young.

“He’s in the doctor’s office,” Pikiell said. “He fell really hard and he’s in a lot of pain. We’re keeping our fingers crossed. We’re banged up and we’re down a couple guys. We’ve got to get him back.”