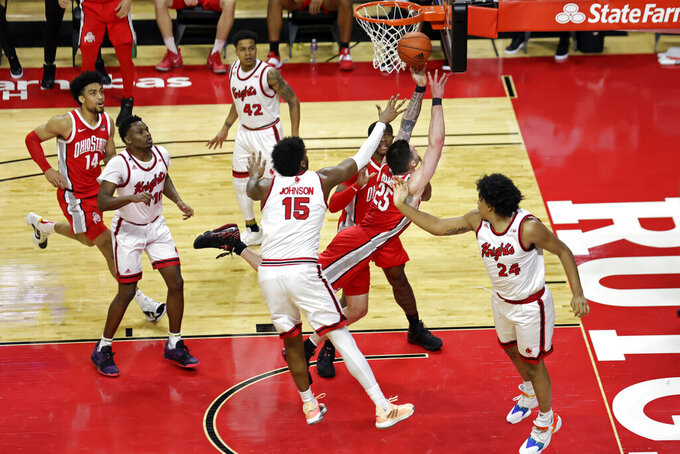 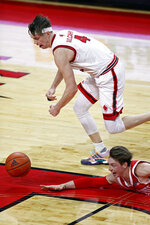 PISCATAWAY, N.J. (AP) — Duane Washington Jr. scored 17 points and Ohio State closed the first half with a big run to beat No. 15 Rutgers 79-68 on Saturday.

Rutgers trailed by 22 before making a late rally. Paul Mulcahy stole the ball from Jimmy Sotos, leading to a fast-break dunk that capped a 14-2 surge that made it 67-57 with 3:50 to play.

Sotos appeared to injure his shoulder on the play and was taken to the locker room. The Buckeyes were already missing senior C.J. Walker, who is out with a thumb injury.

The Scarlet Knights got no closer than eight points down the stretch,

E.J. Liddell had 15 points for Ohio State, Kyle Young had 13 and Justice Sueing had 12 points 10 rebounds and five assists.

After losing at No. 23 Michigan State earlier this week, 15 Rutgers will surely tumble in the polls. Ohio State, meanwhile, is receiving votes and sits right outside the Top 25 and is likely to re-enter the rankings with this win.

Both Rutgers and Ohio State had four-star recruits that were set to graduate and enroll early. Meechie Johnson Jr., who is coming off an ACL tear, checked in midway through the first half for Ohio State, while Jaden Jones recently joined Rutgers early, and was on the sidelines in street clothes.

Ohio State: The Buckeyes are now back at .500 in the Big Ten at 3-3, and earned their first road conference road win after dropping the first three.

Rutgers: The Scarlet Knights find themselves in a funk in a tough stretch. With Ohio State receiving votes in the AP, it was the seventh straight game to open conference play for Rutgers against a team to earn votes or a ranking in the Top 25. No. 8 Wisconsin looms next, rounding out a stretch playing five ranked opponents in the first eight conference games.