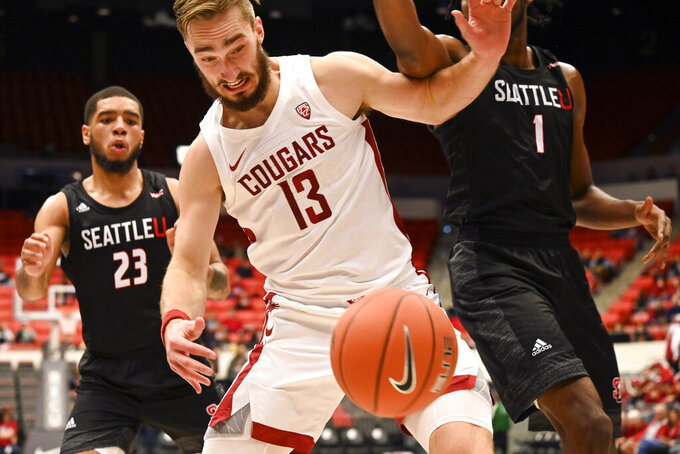 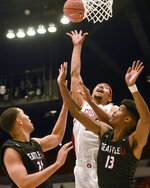 Washington State looked strong on both sides of the ball in its season opener under new head coach Kyle Smith.

The Cougars had only three turnovers and led the entire game, shooting 41%, and outscored Seattle 32-22 in the paint.

"We just did a great job wire to wire and we have to feel great about that," Smith said. "We talk about three things: defending, rebounding and taking care of the ball. If you only turn the ball over three times you are always going to give yourself a chance."

Elleby had an impressive performance, shooting 12 of 18 from the field and grabbing seven rebounds.

"The way we play right now has a lot to do with the chemistry we built over the summer and fall," Elleby said. "I am just really comfortable out there with my teammates. They know where I like the ball and it was just easy."

Seattle (1-1) struggled with a stifling defensive effort by the Cougars. Washington State forced 19 points off turnovers and held the Redhawks to just 36% shooting, including 1 of 13 from the 3-point line.

"I didn't see that rotten egg coming. Just really disappointed," said Seattle head coach Jim Hayford. "We laid down and 10 points got to 20 points and the rest of the game we just kind of went through the motions."

Terrell Brown had 24 points and 10 rebounds for the Redhawks.

"I thought Terrell played his heart out for us," Hayford said. "He is going to need a lot of help from our other guys. We play a really good team on Saturday so if we don't get our act together we are going to get another serving of this."

Seattle: The Redhawks were overpowered on both ends of the floor.

Washington State: Smith's offseason focus on defensive principles paid off for the Cougars. With Elleby, a Wooden Award watch list candidate, at the helm and an influx of new talent, the Cougars could be an underdog to watch in the Pac-12.

The Cougars return five players from 2018-19 and add 12 newcomers under Smith, who came to WSU after three seasons leading the San Francisco program.

Only once during the 2018-2019 season in an 80-52 victory over Delaware State did the Cougars hold a team to fewer points than they did tonight.

Seattle travels to play Eastern Washington in Cheney on Saturday.

Washington State travels to California to take on Santa Clara on Tuesday.