Washington State pulls off a 79-71 OT victory over UCLA 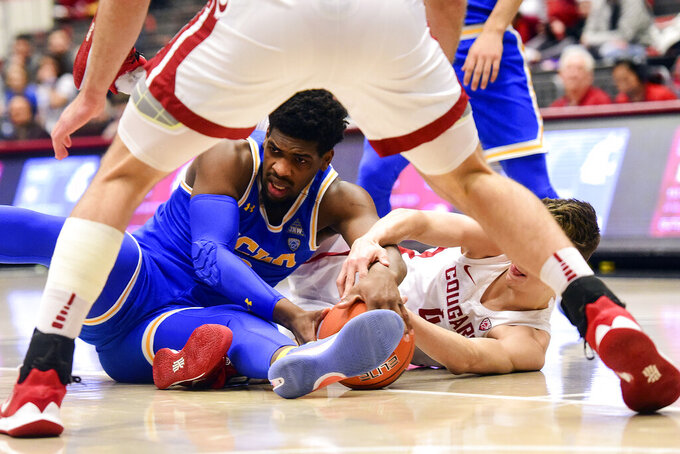 PULLMAN, Wash. (AP) — CJ Elleby made a clutch corner 3 to tie the game at the end of regulation and Isaac Bonton scored eight points in overtime to help Washington State pull off a 79-71 come from behind victory over UCLA on Saturday night.

After making a season-low five field goals in the first period, Washington State (10-5, 1-1 Pac-12) clawed its way back against a big and physical team that has outrebounded each of its 15 opponents this year.

Bonton finished with 17 points on 7-of-14 shooting and had five rebounds and five assists. Elleby had 15 points and Aljaz Kunc chipped in 12 for the Cougars.

UCLA (8-7, 1-1) dominated the game defensively during the first period, holding Washington State to just 28% shooting but couldn’t keep their momentum going in the second period. Chris Smith had 22 points, Prince Ali scored 11 and Jules Bernard had 10 for the Bruins.

Down three with 20 seconds remaining, Elleby's clutch 3-pointer from the corner tied the game at 65 at the end of regulation.

UCLA: The Bruins finish their first Pac-12 road trip 1-1 against the Washington Schools.

Washington State: The Cougars play at California on Thursday.