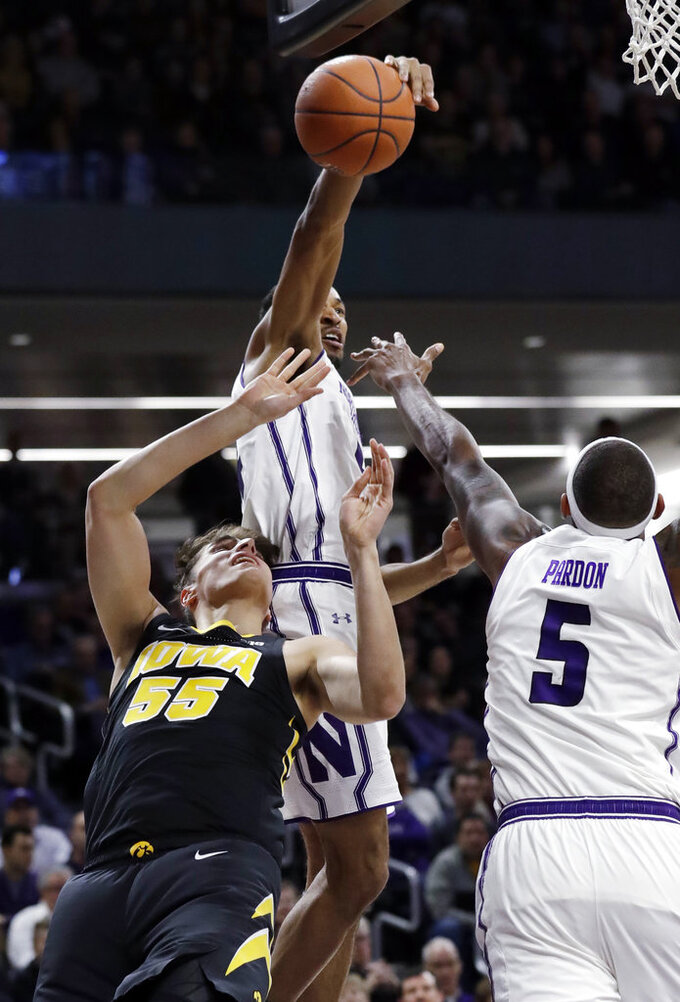 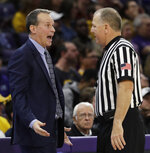 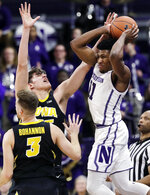 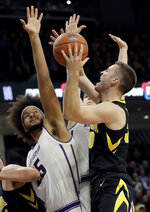 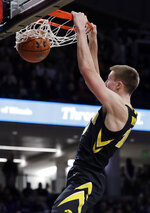 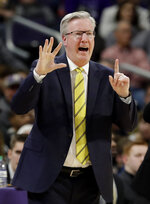 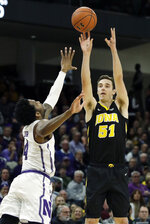 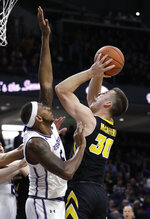 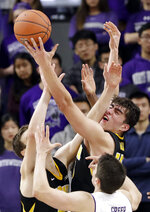 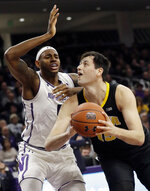 EVANSTON, Ill. (AP) — With leading scorer Tyler Cook out of the lineup, someone had to step up for Iowa to fill the void.

Freshman Joe Weiskamp was up to the task.

Weiskamp had 19 points, Luka Garza added 16 and Iowa beat Northwestern 73-63 on Wednesday night for its first true road win of the season.

"We knew there were points that needed to be picked up elsewhere; I tried to help out," Weiskamp said.

"This is a huge road win for us. Obviously the first two road games this season didn't go as planned. Those weren't a lot of fun. We needed to change that. We knew that if we wanted to be playing in March, this is the type of game we needed to win."

Dererk Pardon, the Wildcats' second-leading scorer, was held to six points and five rebounds before fouling out with four minutes remaining.

"Give Iowa credit; they're a really good team, just like everyone in our league," Northwestern coach Chris Collins said. "But we're disappointed. This is a game at home, you've gotta find a way, and we just weren't able to do that."

Despite missing Cook's 17.3 points in the starting lineup, Iowa jumped out to a 9-2 lead.

Northwestern missed its first five field-goal attempts and its first seven 3-point attempts, but battled back from the slow start to tie the score at 13.

The Hawkeyes were leading 28-19 — their biggest of the first half — with 5½ minutes to go before the Wildcats closed with a 15-6 run for a tie at 34 at halftime.

Taylor opened the second half with a 3-pointer to give Northwestern its first lead. The Wildcats stretched their edge to 44-37 a few minutes later and seemingly had gained control of the game.

"I thought he was great the whole game, but coming down the stretch he was spectacular — as a scorer and a rebounder and as a defender," Iowa coach Fran McCaffery said of Weiskamp. "He was really special tonight."

Northwestern had opportunities to mount a rally in the final 10 minutes, but couldn't develop any consistency offensively. The Wildcats were 22 of 57 (38.6 percent) from the field, including 7 of 27 on 3-pointers.

Iowa: Things looked bleak for the Hawkeyes when it became apparent Cook wasn't going to play, but they rallied for their first true road win of the season.

Northwestern: The Wildcats have been a strong shooting team throughout Collins' first five seasons, but this group has struggled to put the ball in the basket against good teams, especially from behind the 3-point arc.

Garza was playing just his second game since spraining an ankle on Dec. 21. He was limited to 10 minutes in Sunday's win over Nebraska, but played 26 on Wednesday, going 10 for 11 from the foul line.

McCaffery said it wasn't clear Cook wouldn't play until the morning shootaround. "(On Tuesday), he expected to play, but he was just too sore today," the coach said.

Northwestern: At No. 2 Michigan on Sunday.