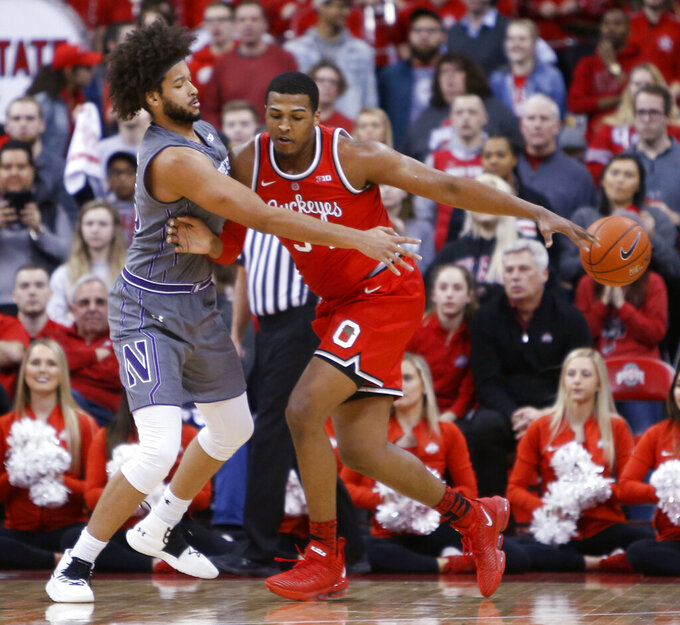 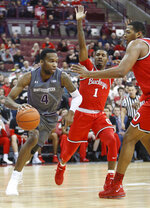 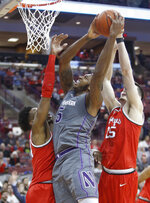 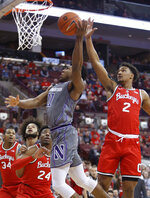 The Buckeyes overcame a sluggish start and found their footing in the second half to pull away from Northwestern 63-49 on Wednesday night behind Kaleb Wesson's 22 points and eight rebounds.

Kyle Young and Duane Washington Jr. each added eight points off the bench for the Buckeyes (17-9, 7-8 Big Ten), who snapped a two-game losing streak and stayed on the bubble for now with five regular-season games remaining — four against teams ranked in the AP Top 25.

"I think we knew we really needed this game," Washington said.

After an ugly first half by both sides, Ohio State made seven of its first 10 shots to start the second half. The Wildcats kept it close with decent defense until C.J. Jackson and Wesson hit back-to-back 3-pointers to put Ohio State up by 10 with nearly nine minutes left, and the Buckeyes cruised from there.

The teams combined for just three points in the first four minutes of the game, and the first half ended with Ohio State holding on to a 24-20 lead. Northwestern shot just 29.2 percent for the half, and the Buckeyes weren't much better (37.5 percent).

Ohio State made 53 percent of its shots in the second half to open up the lead, finishing at 46 percent for the game compared with 31.6 for Northwestern.

Ohio State: After struggling to score in losses to Michigan State and Illinois, the Buckeyes won one they were supposed to win.

"We're probably where we are right now because of our team defense," Ohio State coach Chris Holtmann said. "That has kept us in games and given us a chance this season."

Wesson had his best game since he played 38 minutes and scored 27 in a win over Rutgers on Feb. 2.

Northwestern double-teamed him in the first half but took it off in the second when he exploited it with some sharp passing.

His conditioning had come into question, too, but he looked good in his 33 minutes Wednesday night and stayed out of foul trouble.

"It's getting to that time where everybody is tired," Wesson said. "We're banging every night, playing a tournament team every night. Anybody in the league is going to be fatigued."

Ohio State got 27 points from its bench. ... Both teams were off the mark from beyond the 3-point line. Ohio State was 4 for 20, and Northwestern finished 5 for 29. ... Freshman Justin Ahrens started the second half for the Buckeyes and scored four points ... Ohio State plays Northwestern again March 6.

Northwestern: Hosts No. 22 Wisconsin on Saturday.

Ohio State: At No. 24 Maryland on Saturday.