The West will be wild, but in the end, Duke will win title 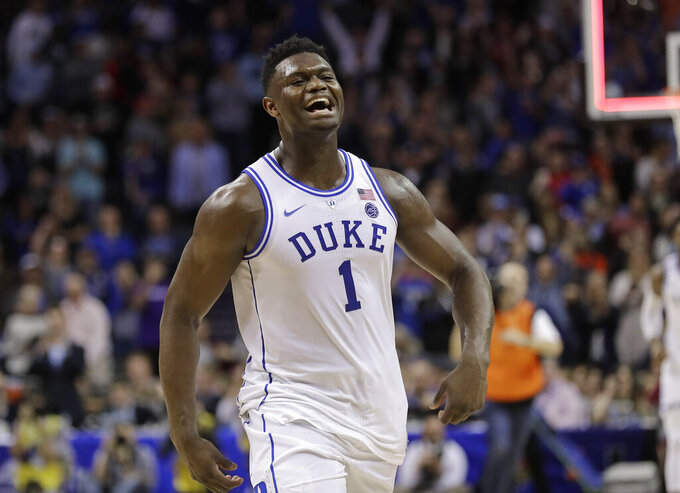 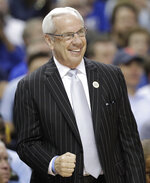 Think of the greatest rivalries in college sports. Michigan vs. Ohio State. Alabama vs. Auburn. Miami vs. Florida State. Everybody vs. Notre Dame.

Duke vs. North Carolina is as good as any, if not better.

They have zero NCAA Tournament games against each other.

We devote this space every year to telling you how to win your NCAA bracket pool, and in each of the last two years we've made the pockets of millions, or thousands, or dozens, or possibly just three random people feel stuffed with all those well-earned $5 bills from the others in your office whose brackets were wrecked by roughly 2:51 p.m. on Day 1 of the tournament.

Two years ago, we gave you North Carolina.

Last year, we gave you Villanova. (We also gave you Virginia in the final. That was a misprint. We totally meant UMBC and strongly considered picking them again this year even though they're not in the field.)

When you get to the end of this story, you will know this year's NCAA champion. Do not scroll down yet. You must read the method to March Madness, though by teasing you with Duke vs. North Carolina you probably have a good idea where this is going. (If you don't, perhaps you should save your money and not enter any pools this year, including swimming ones.)

But before we begin, a few guidelines ...

UNDERDOG WATCH: If you have every 1-2-3-4 seed making the Sweet 16 on your bracket, you're doing it wrong. At least one double-digit seed has made it to the tournament's second weekend 37 times in the last 40 seasons. More specifically, a No. 11 seed has reached the round of 16 in each of the last five seasons (with three of those No. 11s making it to the regional final, and with Loyola Chicago getting to the Final Four last year).

7 OR BETTER: A team seeded No. 7 or higher has made the Final Four in each of the last six seasons. Before that, it happened only three times in the previous 25 seasons.

BUT THERE WON'T BE FOUR: In those same 40 seasons, most No. 1 seeds — 59 percent of them — lose before the national semifinals. The only year where all four No. 1 seeds made the Final Four was 2008.

So now that we've covered some of the basics, let's whittle this thing down to a manageable size.

Since a seeding structure went into place for the 1979 tournament, no team seeded No. 9 or higher has ever won the national championship. Same goes for every No. 5 seed. Florida in 2000, Indiana in 2002 and Butler in 2010 all reached the title game as No. 5 seeds and they all lost. (Apologies, then, to Mississippi State, Auburn, Wisconsin and Marquette. They're this year's 5 seeds and are obviously cursed.)

That means, through the process of elimination, we can safely delete all the 5 seeds and all the 9 through 16 seeds. Just like that, our 68-team bracket is down to a tidy 28-team list of contenders.

Out of those 28, 17 have never won a national title. There hasn't been a first-time champion since Florida in 2006. Don't expect that to change this year. So now we're down to 11.

With the exception of Arizona in 1997, every champion for the last 30 years has entered the tournament with at least 24 wins. That eliminates Maryland, Louisville and Syracuse.

Duke and Michigan State in the East. Michigan in the West. North Carolina, Kansas and Kentucky in the Midwest. Villanova and Cincinnati in the South.

Obviously, one of those eight will win the title. And it won't be Kansas, Cincinnati, or Michigan. None of them are going deeper than the Sweet 16.

Perhaps it's time to make the actual picks.

EAST FIRST ROUND: Duke, UCF, Mississippi State, Virginia Tech, Belmont, Yale, Minnesota (Richard Pitino is not going to lose to Rick Pitino's most recent school) and the excellent brand that is Michigan State.

EAST SECOND ROUND: Duke (though alum Johnny Dawkins, the UCF coach, will scare his alma mater), Mississippi State, Belmont and Michigan State. Yes, Belmont is the official No. 11 seed pick to go deep this year.

EAST SEMIS/FINAL: Duke and Michigan State get to the final. Duke wins.

WEST SEMIS/FINAL: It would be so neat to say Syracuse and Buffalo so two schools that are a two-hour drive apart have to fly 3,000 miles to play each other. But it'll be Florida State and Nevada. Here's your upset: Nevada wins.

SOUTH SECOND ROUND: Virginia, Oregon, Villanova and Tennessee — though this will be a ridiculously tough game for the Vols since Cincinnati will be playing in Ohio.

SOUTH SEMIS/FINAL: Virginia and Villanova meet, in what many people thought would be the title game last season. Virginia wins.

This takes us to the Final Four.

We've got the three No. 1 seeds from the Atlantic Coast Conference and a No. 7 seed in Nevada.

Duke vs. Nevada, go with Duke.

Voila! Finally, we get our UNC-Duke matchup in the tourney.

We could have saved a whole bunch of space and simply said this: This is the third time that Minneapolis has hosted the Final Four. (1951 doesn't count, since the last four teams went there but only for a title game and a third-place game, not a true Final Four.)

The other years Minneapolis played host to the Final Four were 1992 and 2001.

Duke wins again in 2019. Zion Williamson will make sure his one-year mark on college basketball is indelible, and Mike Krzyzewski will get his sixth national championship.

Unless we're wrong, of course.