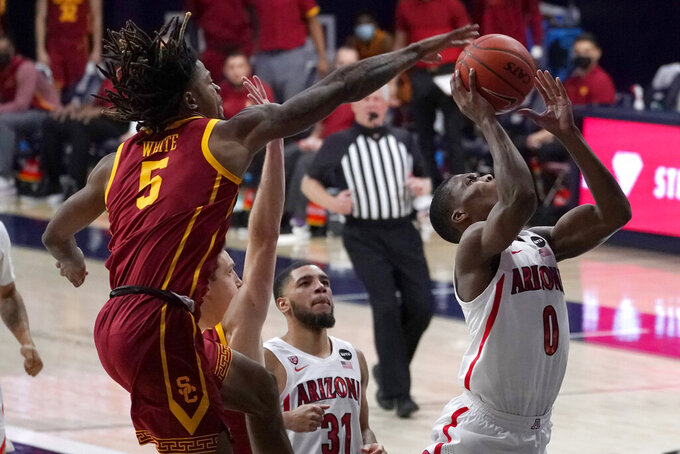 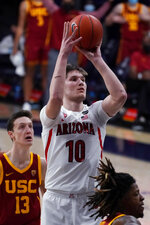 TUCSON, Ariz. (AP) — Isaiah White scored 22 points, freshman standout Evan Mobley had a double-double and USC picked up a rare win at Arizona, closing out the Wildcats 87-73 on Thursday night.

The Wildcats had an 8-0 run for a nine-point lead early in the first half but USC erased that with a 10-0 burst and managed a 35-34 lead at the break.

The teams swapped the lead 11 times through the first seven minutes of the second half, the last when White made a layup at the 12:57 mark to make it 54Fre-53. Noah Baumann and Isaiah Mobley followed up with 3-pointers for an 8-0 run.

Mobley and White had back-to-back dunks to push the lead to 10 with nine minutes left. Arizona scored six straight but the Trojans never faltered, even when Evan Mobley fouled out with 3:38 to play and Ira Lee converted the three-point play to cut the lead to six. The Wildcats made just one of their last eight shots.