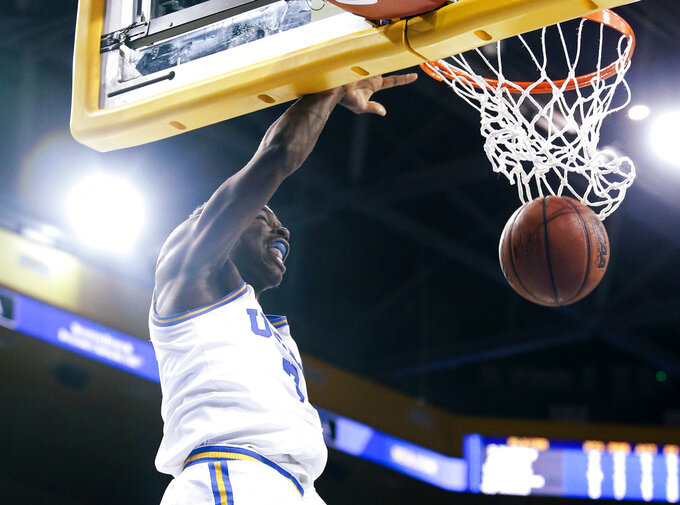 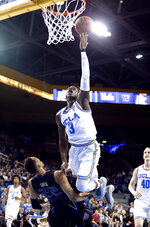 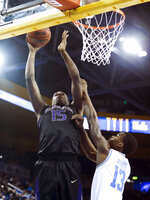 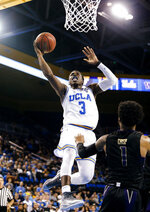 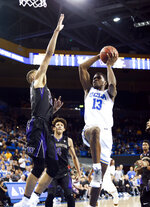 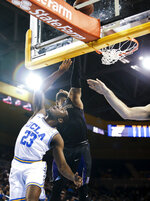 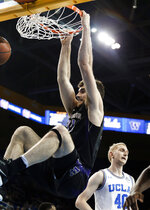 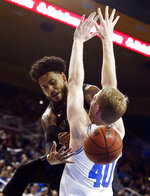 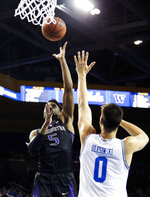 LOS ANGELES (AP) — It was a second half to remember for the young Bruins on Sunday night. UCLA runs of 15-0 and 24-1 in the second half to turn a 14-point deficit with 17 minutes to play into a 21-point victory.

Freshman Kris Wilkes scored a career-high 21 points and Aaron Holiday added 14 points, seven rebounds and five assists to lead the Bruins to a 74-53 win over Washington on Sunday night.

Not only did UCLA (11-3, 2-0) explode offensively in the second half, but the Bruins completely shut down the Huskies (11-4, 1-1), who shot only 17 percent in the second half. Washington had large stretches of the second half where they struggled to score and even get a decent shot off again the smothering UCLA zone.

The Huskies couldn't loosen the zone because of abysmal outside shooting, especially in the second half. Washington finished 2 of 27 from behind the three-point.

"The full-court press really energized us," Bruins coach Steve Alford said. "In my opinion, I thought they (the Huskies) were the tired team late and we were not. That is encouraging because I though we showed some maturity. I thought our guys really grew up tonight."

"The second half was one of our best overall halves this season," Wilkes said. "This game, not only did we click on the defensive end, we clicked on the offensive end."

The Bruins have won four in a row and snapped Washington's four-game win streak.

"We really played well for the first 28 minutes but, unfortunately, the game is 40 minutes," Washington coach Mike Hopkins said. "When they changed to the 3-2 defense at the 10-minute mark (second half), that basically won the game for them."

Said Hopkins: "They did a great job denying the entry passes to Dickerson. I really give them a lot of credit."

UCLA came out sluggish, turning the ball over on offense and playing lax defense in the interior and Washington led 21-9 lead after Dickerson drove for layup in traffic.

Washington took a 13-point lead when Matisse Thybulle hit a jumper with 8:07 left in the first half, but the Huskies missed their next eight field-goal attempts, allowing UCLA to whittle its deficit to 36-28 at halftime.

"Washington is the first team we have played against that has zoned us for 40 minutes," Alford said. "I didn't like our start."

The Bruins put their slow start behind them at halftime to continue their win streak and are gaining steam as conference play gets going in earnest.

"We've got good momentum. We have got some good wins," UCLA's Prince Ali said. "This one, especially, was a great win considering how much we were down."

Washington's four-game winning streak dating back to Dec. 17 when it beat LMU 80-78 came to an end in large part to poor shooting, which was in contrast to the Huskies previous win at USC on Dec. 22 when they shot 67.3 percent (33 of 55) from the field, Washington's highest shooting percentage since at least the 2002-03 season.

UCLA's win gives the Bruins three in a row over the Huskies. UCLA swept the two-game series last season, and has won eight of the last 10 meetings, between the schools.

Washington finishes up a three-game road-trip at Washington State on Jan. 6.

UCLA plays at Stanford on Jan. 4 to start a two-game road-trip to the Bay Area.