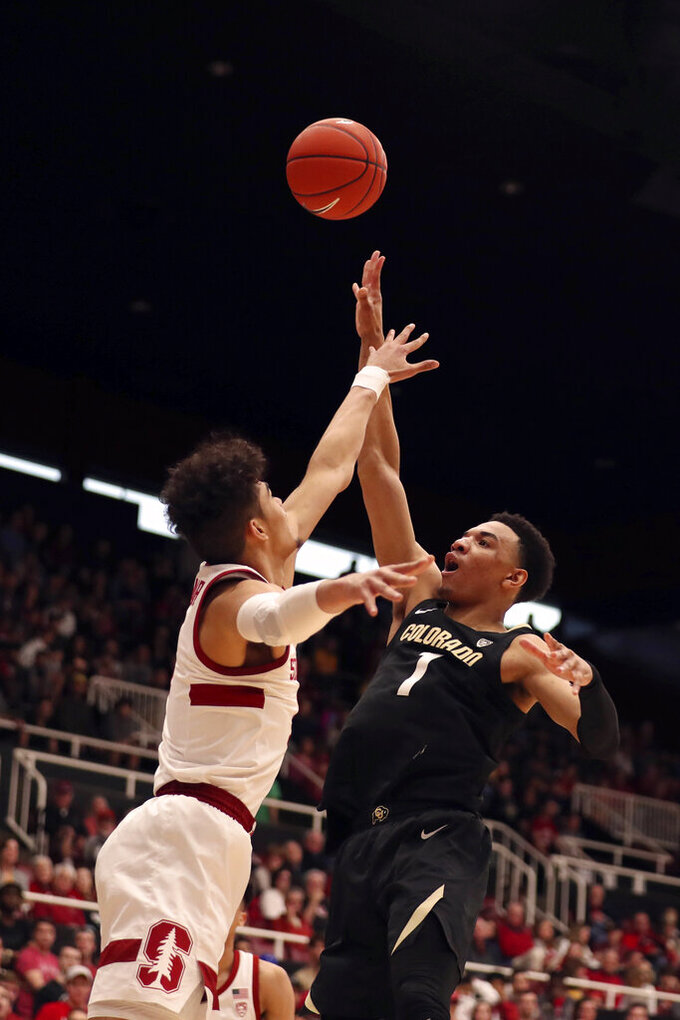 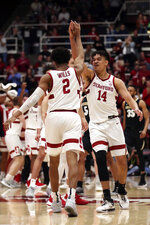 Wills, who was a game-time decision to start due to a sore ankle, scored 19 points, including a key layup in the final minute, and Stanford beat No. 21 Colorado 72-64 on Sunday.

“He’s made huge progress over the course of the season,” said da Silva, who added 16 points. “He’s much more confident now and is making the big bucket.”

“It was truly questionable if Bryce was able to play all the way through warmups,” Stanford coach Jerod Haase said. “He is a warrior and played to his strengths.”

Tyler Bey scored 17 points to lead the Buffaloes (21-9, 10-7), who lost a third consecutive game for the first time this season. McKinley Wright had 13 points and 11 rebounds, and D’Shawn Schwartz had 14 points.

Wills gave Stanford a 65-52 edge with 8:13 remaining to play and that’s when the Buffaloes made their move, scoring 10 straight on three baskets by Wright and two more by Bey.

Wills ended a nearly four-minute drought with a short jumper and Colorado missed its next seven shots.

“Our guys showed a lot of heart to come back, (but) it's hard to come back and win,” Boyle said. “We cut it to three, but coming out of a timeout, we turned it over. We got two turnovers in the second half taking the ball out of bounds, and they're not pressing. It's hard to credit Stanford when you're just inept at taking the ball out of bounds.”

Except for a two-point deficit early, the Cardinal led the majority of the contest.

“We know we’re a team on the bubble,” Wills said. “We talked about at the end of this game we’d either be out of the tournament or still having a chance.”

Stanford led by as many as 15 at 35-20 with 2:27 remaining to play. The Buffaloes scored the final eight points to pull within seven at 35-28 at the intermission.

“I feel like our team has lost its defensive will, it's all gone out the window,” Buffaloes center Evan Battey said. “We try to think how we can get out to a strong start in a game and for some reason we just don't have it. We're going to find it.”

Colorado: The Buffaloes entered the weekend with a chance to win the conference title and are hoping to wind up with a first-round bye in the Pac-12 Tournament after being swept in the Bay Area. The Buffaloes could fall into a fourth-place tie depending on later action Sunday. ... Colorado still needs one win to set a program record for regular-season victories.

Stanford: The Cardinal head into the final weekend assured of a winning conference record and can still finish as high as a second-place tie. ... Improved to 3-19 against Top 25 competition under coach Jerod Haase. ... Wills recorded his second double-figure scoring performance in the last 11 games after reaching double figures six times in the previous 11.

Colorado: travels to Utah on Saturday.

Stanford: at Oregon State on Thursday.