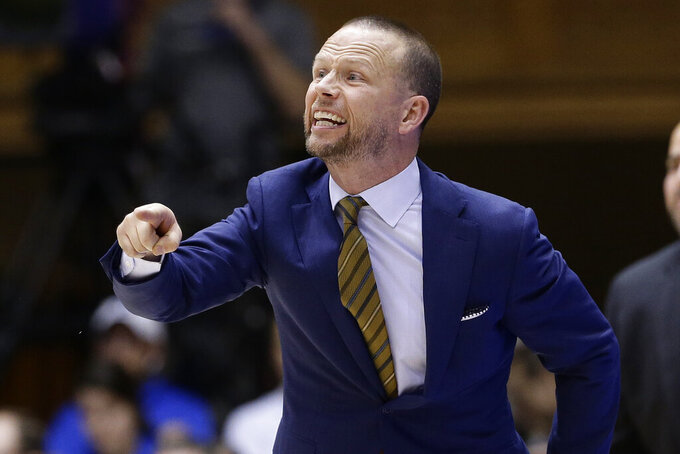 FILE - In this Nov. 29, 2019, file photo, Winthrop head coach Pat Kelsey directs his team during the second half of an NCAA college basketball game against Duke in Durham, N.C. Winthrop coach Pat Kelsey says he learned his philosophy of basketball while playing for the late Skip Prosser at Xavier in the 1990s. “He had a famous quote that he said all the time,” Kelsey recalled. “The older he got, the faster he wanted to play. I think that applies to me.” (AP Photo/Gerry Broome, File)

Winthrop, seeded 12th, fell to No. 5 seed Villanova in the tournament's opening round last week.

Kelsey's Eagles opened 16-0 for the best start ever in the Big South Conference before finishing 23-2.

Kelsey takes over for Earl Grant, who left the Cougars for the Boston College coaching job earlier this month.

Charleston is coming off a 9-10 season where its final four games of the regular season due to COVID-10 concerns.