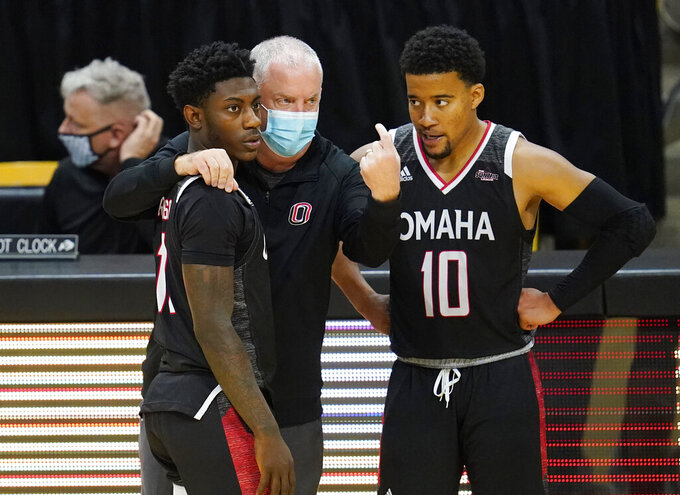 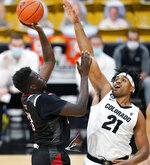 BOULDER, Colo. (AP) — McKinley Wright IV had 17 points and eight assists and Colorado never trailed in its 91-49 win over Omaha on Wednesday.

Wright made 6 of 8 from the field, grabbed five rebounds and did not commit a turnover. Freshman Jabari Walker had season highs with 15 points and nine rebounds, Dallas Walton scored 14 points and D'Shawn Schwartz added 11 for Colorado (4-1).

The Buffaloes made six of their first seven shots to take a 15-4 lead when Wright hit a 3-pointer less than four minutes into the game. Walker converted a three-point play and made one of Colorado's three 3s in a 14-0 run that made it 32-9 with 8:48 left in the first half.

Colorado went into the game ranked No. 10 nationally in scoring defense (55.0) and No. 16 in field-goal percentage defense (.354) and limited its second consecutive opponent to fewer than 50 points. The Buffaloes, who beat Northern Colorado 81-45 on Monday, have not allowed an opponent to score more than 61 points this season.

The Mavericks, who came in ranked 293rd in the nation in scoring, averaging 61.7 points, had their lowest scoring output of the season. They shot 31% (19 of 61) from the field and made just six of their season-low nine free-throw attempts.