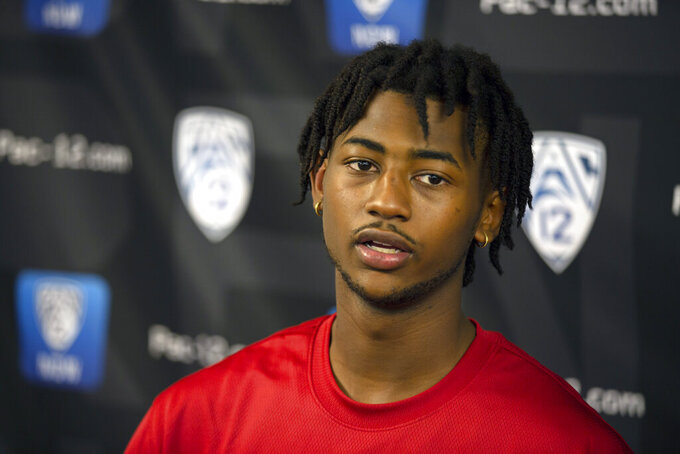 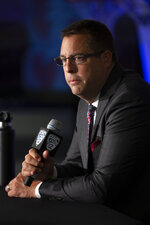 STANFORD, Calif. (AP) — Stanford coach Jerod Haase didn't even name a captain last season because he could not find someone he thought deserved it.

This season, he is counting on someone to step up and lead the young Cardinal as they look to make strides in the deep Pac-12 Conference.

Even if they are down players because of season-ending injuries, meaning walk-ons are being counted upon to help get the Cardinal through practices.

"The numbers are down, certainly," Haase said. "It's more challenging to have a longer practice. I like the group."

Haase has one potential candidate to take charge on the floor.

He will look to junior point guard Daejon Davis to lead the way after he ranked fourth in the Pac-12 for assists averaging 4.6 and also was seventh with 1.6 steals per game.

The Cardinal have been below 20 wins for each of the last four seasons and three of those since Haase took over.

Stanford is thin because of injuries.

Redshirt junior Kodye Pugh, a 6-foot-8 forward who has played in 38 games his first two years on The Farm, is recovering from knee surgery after getting hurt playing during Stanford's foreign tour in Europe over the summer. He hopes to return for his senior season.

Pugh was injured Aug. 25 in Switzerland.

In addition, senior Trevor Stanback's college career is over because of medical reasons but he will remain part of the program as a student assistant coach.

"The most important part for our team this year it's probably going to be health. Trevor Stanback is in a medical hardship and he'll be done, and he's helped out with the team but he won't be playing," Haase said. "... From a numbers standpoint we're down, and we don't have a full complement of players necessarily. But having said that, the guys that we have, we're really excited about, but that goes back to the number one factor being injury prevention. If we can keep guys on the floor, I like what we have but we've got to make sure we keep them out there."

As Davis gains maturity and familiarity in the program, Haase knows he will find more consistency on both ends.

"I think his game is going to flourish as he has the stability on the court mentally, not getting too high or too low. He's as dynamic of a person as I've ever been around, and when things are good, he can take an entire team with him to really good spots, and when he gets frustrated or struggles, he really takes the team with him some. And I think so far, he's really off to a great start with that stability part, and I think his game as he gets more and more consistent with handling adversity, I think his game is going to absolutely flourish."

Forward KZ Okpala departed after his sophomore season and was selected 32nd overall by the Miami Heat in the NBA draft, becoming Stanford's youngest player ever drafted.

Stanford will have to try to find scoring options with Okpala gone. He led the Cardinal at 16.8 points per game and averaged 5.7 rebounds. He was fifth in the Pac-12 in scoring, too.

Also gone is Josh Sharma, whose .673 field-goal percentage for a season was best in program history.

Last season, 11 of Stanford's 15 players were freshmen or sophomores — one of the youngest rosters nationally.

More experience for that group should be a positive.