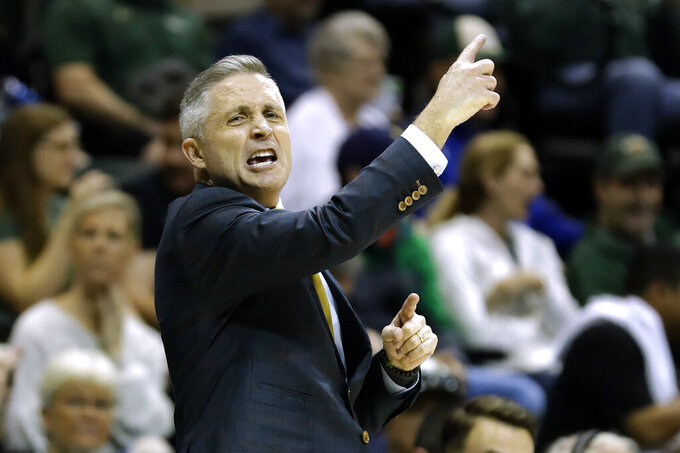 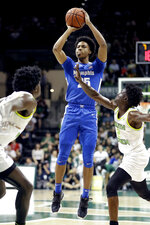 TAMPA, Fla. (AP) — Precious Achiuwa had 22 points and 11 rebounds and No. 21 Memphis rallied from a 14-point second-half deficit to beat South Florida 68-64 and stop a two-game losing streak on Sunday.

Achiuwa’s three-point play gave Memphis its first lead since midway through the first half, and the 6-foot-9 freshman from Queens, New York, put the Tigers ahead for good, 63-61, with 1:40 remaining.

David Collins led USF with 24 points, but the Bulls missed nine of 10 shots after the junior guard’s dunk capped an 8-0 spurt that gave South Florida its biggest lead of the day. The team’s lone basket down the stretch was Ezacuras Dawson’s jumper for a 58-54 lead.

Memphis had 22 turnovers but helped itself down the stretch by doing a better job of protecting the ball over the last 10 minutes.

The Tigers also overcame a slow start from the foul line, making eight of 11 free throws in the last 5:28 to rebound from consecutive losses to Georgia and No. 23 Wichita State.

One of the youngest teams in the nation, Memphis opened with four freshmen and a sophomore, Alex Lomax, who was in the starting lineup for the first time this season as the Tigers continue to search for the right mix on the floor without top recruit James Wiseman.

Sunday was the date Wiseman was due to return from a 12-game suspension the NCAA imposed after finding that a payment coach Penny Hardaway made to the 7-foot-1 center’s family in 2017 before Hardaway became the coach at his alma mater was an improper benefit.

Wiseman, who averaged 19.7 points and 10.7 rebounds in three games before the suspension, announced last month that he was leaving Memphis to begin preparing for the NBA draft, where he’s expected to be a high pick.

Memphis: The Tigers dropped 12 spots in the rankings after losing 65-62 at Georgia on Jan. 4. They fell 76-67 at Wichita State last Thursday. Struggling before rallying to win Sunday may not be enough to stop them from tumbling out of the AP Top 25.

South Florida: Fell to 6-27 all-time in a series that dates to the 1972-73 season. The Bulls haven’t beaten a ranked team since a seven-point upset of Louisville (No. 19) in February 2012, a string of 28 consecutive games against Top 25 opponents.

South Florida: At UCF next Saturday.