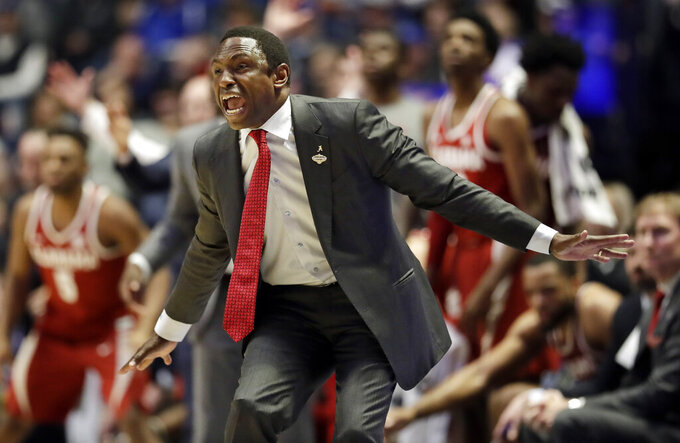 Alabama head coach Avery Johnson yells to his players in the second half of an NCAA college basketball game against Mississippi at the Southeastern Conference tournament Thursday, March 14, 2019, in Nashville, Tenn. Alabama won 62-57. (AP Photo/Mark Humphrey)

TUSCALOOSA, Ala. (AP) — Alabama athletic director Greg Byrne is looking for a new basketball coach with a clean record and a college background.

Byrne outlined some of his criteria for the job on Monday, a day after announcing the ouster of Avery Johnson after four seasons.

Johnson was a former NBA player and coach who hadn't previously worked in the college ranks.

Byrne declined to discuss specific candidates and said the next time he speaks publicly will be to announce a new coach.

The Alabama AD cited ongoing federal and NCAA investigations to emphasize his desire to hire someone with a strong compliance record.

Byrne says: "We want to make sure we keep the University of Alabama's reputation at the forefront of what we do."

He described Johnson's departure as "a mutual decision by Avery and myself."