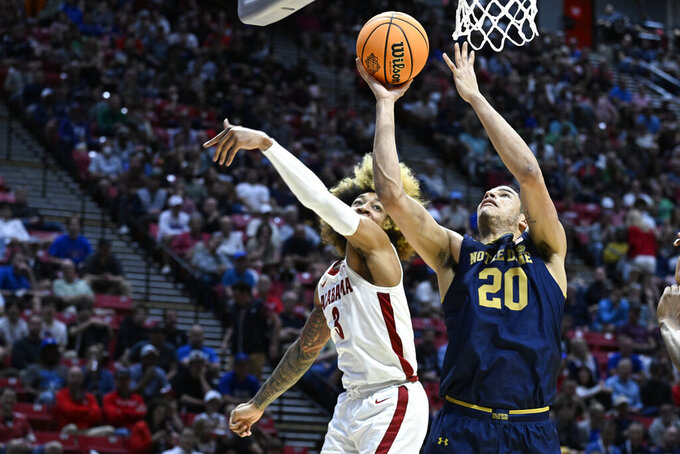 Davison, who is projected as a potential first-round pick, announced his decision on Instagram Wednesday. He didn't say if he would be hiring an agent, but Davison told ESPN he was “done with college.”

Davison was the No. 9-ranked recruit and top point guard in the country last year, according to 247Sports.com.

“I'm grateful to every single coach and teammate who helped me get here, and I'm ready to show the world what I can do at the next level,” Davison wrote on Instagram.

He played in all 33 games, starting six. Davison averaged 8.5 points, 4.8 rebounds and a team-high 4.3 assists per game.

Leading scorer Jaden Shackelford has already declared for the draft and said he would hire an agent.

Players can still withdraw from the draft until June 1 if they hire an agent who is NCAA certified.