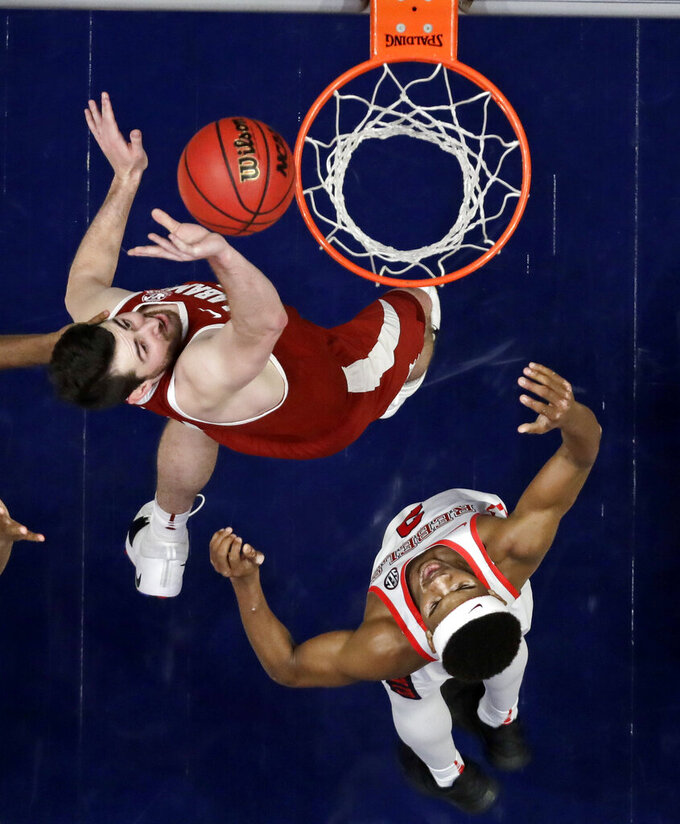 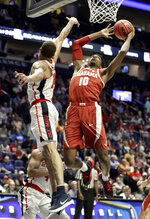 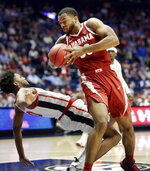 John Petty stuffed in a putback with a minute left to put Alabama ahead for good as the 10th-seeded Crimson Tide rallied from a 16-point, second-half deficit to beat No. 7 seed Mississippi 62-57 in the Southeastern Conference Tournament on Thursday.

"It's huge for our confidence going forward the rest of this postseason to be able to go out there and get that win as a team tonight," said Alabama's Tevin Mack, who scored 21 points. "We've got to keep that same energy (Friday) and going forward, whatever it is going forward, and just stay together and be the aggressors every time on the court."

The Tide (18-14) advanced to an SEC quarterfinal Friday against No. 4 Kentucky, the No. 2 seed in this tournament. Alabama beat Kentucky 77-75 on Jan. 5 in the SEC opener for both teams.

Ole Miss (20-12) likely will earn an NCAA bid even after Thursday night's collapse. At the start of the day, Ole Miss was 36th and Alabama 59th in the NET rankings that have replaced the RPI as a criterion in the NCAA Tournament selection process.

While Ole Miss coach Kermit Davis said afterward the Rebels should have no reason to worry, his players aren't taking anything for granted.

Alabama hadn't trailed by more than 14 points in any of its regular-season victories this year. Ole Miss led the Tide 40-24 in the opening minute of the second half.

"I think we came out of the game kind of passive a little bit, like tiptoeing on our toes," Mack said. "We weren't really ourselves in the first half. So we came out in the second half and just tried to be aggressive, lay everything on the line and just play our game."

Alabama rallied and took a 44-43 lead when a Lewis layup capped a 13-0 run with 13:14 left. The lead went back and forth several times from there until Alabama went on its closing run.

Lewis tied the game at 57-all on a driving layup with 1:34 remaining. Lewis then got a steal and missed a layup attempt, but Petty dunked in the rebound to put Alabama ahead for good.

Stevens and KJ Buffen both missed on Ole Miss' next possession, and Smith made a free throw to extend Alabama's lead to 60-57 with 41 seconds left.

Alabama: A gritty performance in the second half enabled Alabama to overcome a woeful performance from the free-throw line. Alabama was 9 of 18 on free-throw attempts.

Ole Miss: The Rebels lost for the fourth time in their last five games because they didn't get enough from their two leading scorers this season. Tyree and Terence Davis combined for 10 points and shot 4 of 27 overall and 2 of 14 on 3-point attempts.

Alabama altered its lineup Thursday by giving Riley Norris his first start of the season and Smith his first start since Nov. 29 while Mack and Petty shifted to reserve roles.

As it turned out, Mack and Petty proved critical to Alabama's victory. Mack had one of his best games of the season and Petty produced the go-ahead basket.

Ole Miss shot 7 of 26 from 3-point range and had just four free-throw attempts.

"We just couldn't absorb the physicality around the goal," Davis said. "That's why the free-throw difference was so different. We settled and settled and settled. Those guys put it right in the paint. So give Alabama credit. They played like an NCAA Tournament team tonight."

Alabama faces No. 4 Kentucky in an SEC quarterfinal Friday.

Ole Miss should expect to receive an NCAA Tournament bid on Sunday.