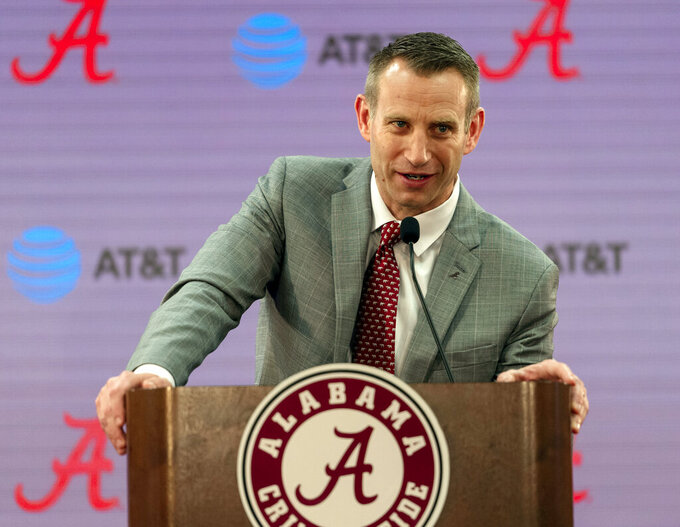 Nate Oats speaks after being introduced as the new men's college basketball coach for the University of Alabama, Thursday, March 28, 2019, in Tuscaloosa, Ala. (AP Photo/Vasha Hunt)

The university released a memorandum of understanding with Oats to The Associated Press on Friday in response to an open records request. Alabama introduced the former Buffalo coach on Thursday to replace Avery Johnson.

The university agreed to pay Johnson $5.5 million in a settlement to buy out the remainder of his contract. Alabama released that agreement in response to a separate open records request.

Oats will also receive $12,000 a year in an expense account.

He had recently signed a five-year deal at Buffalo worth $837,000 annually.