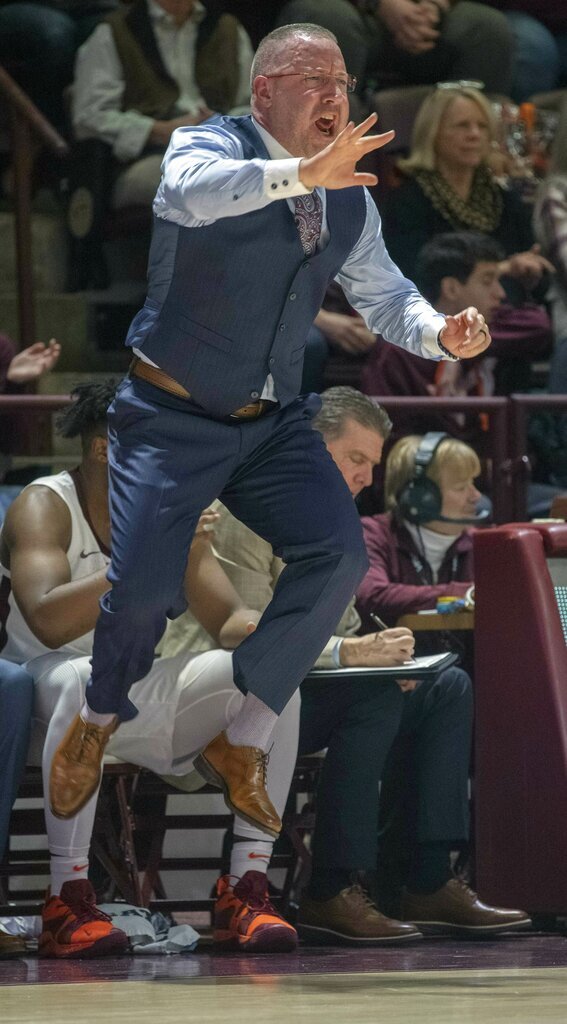 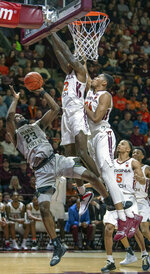 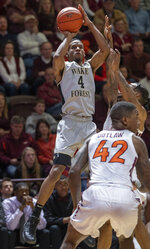 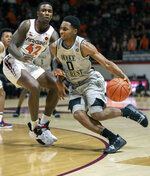 BLACKSBURG, Va. (AP) — Virginia Tech claimed it had no extra motivation following a blowout loss to No. 4 Virginia this week.

Once the ninth-ranked Hokies got going against Wake Forest on Saturday, even with foul trouble and an unusually slow pace, their play suggested otherwise.

"I thought we were much more us," coach Buzz Williams said after the Hokies shot 57 percent, limited the Demon Deacons to sub-40 percent shooting and forced 16 turnovers in an 87-71 victory.

Nickeil Alexander-Walker scored 24 points and the Hokies used a 14-4 first-half run to pull away.

"We fought through adversity. Guys were in foul trouble. We had to play different roles. I remember I was running the four for a little bit, but we just do a good job communicating with each other and doing what the team needs," Alexander-Walker said.

The Virginia game wasn't really the inspiration, he said.

"It's always on to the next, so from the minute that buzzer sounded, we know what we did wrong," he said of the 81-59 loss in Charlottesville on Tuesday night. "Coach talked, broke it down, we got back in film and it's time to get better. We do a good job of moving on."

The Demon Deacons didn't get closer than eight the rest of the way.

Brandon Childress scored 18 of his 28 points in the second half for Wake Forest (8-9, 1-4). Childress was 7 of 12 from the field and the rest of the team was 11 of 36. Wake Forest lost despite a 38-22 edge in free-throw attempts that Williams said killed the flow of the game.

"It was hard to get in a rhythm of any sort," he said.

The Hokies' lead was 53-44 early in the second half when Outlaw sparked an 11-0 run with a 3-pointer. Alexander-Walker and Outlaw added 3s in the burst, giving the Hokies their largest lead at 64-44 with just over 12 minutes left.

Most of the game was officiated by Clarence Armstrong and Jerry Heater because Mike Eades left the floor early with an apparent knee injury.

Wake Forest: The Demon Deacons' youth appeared to drag them down in the first half. Childress had the hot hand early, hitting a pair of 3-pointers and two free throws in the first 7 ½ minutesand he played almost the entire half, but didn't get another field goal attempt until just 1:26 remained. He was fouled and made both shots, giving him a team-high 10 points in the half, but on just two official field goal attempts.

Virginia Tech: Williams was super-charged for this one. He discarded his jacket early in the first half and spent much of the half doing a defensive slide up and down the sideline instructing his team on defense. It didn't help that the officials whistled the Hokies for 11 personal fouls to just five for Wake Forest before halftime, and for 24 fouls to just 18 against the visitors for the game.

"I was excited," Williams said. "I was really thankful for the response of our team on Thursday and Friday."

Williams stopped himself from having any further comment about the officiating.

Wake Forest: The Demon Deacons play at No. 4 Virginia on Tuesday night.

Virginia Tech: The Hokies have a quick turnaround and go on the road to face No. 13 North Carolina on Monday night.