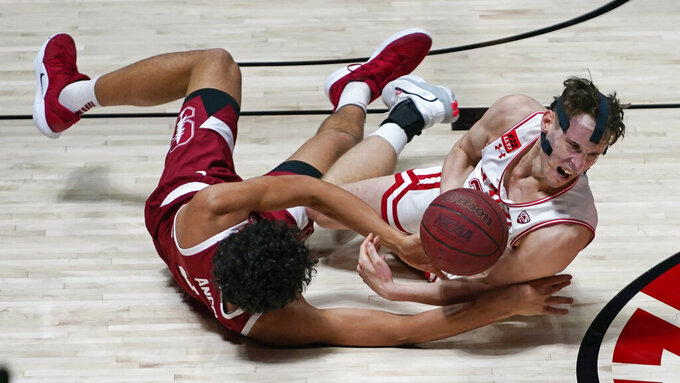 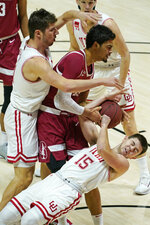 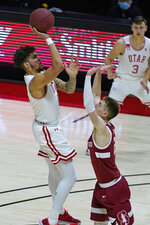 The Utes took the lead with a 14-2 run to end the first half and spent most of the second half with a double-figure lead, despite several challenges when the Cardinal got within nine, the last time with just under four minutes to go.

Alfonso Plummer added 16 points for the Utes (5-5, 2-4 Pac-12), who had two games postponed since their last win in mid-December. Branden Carlson had 12 points and four blocks and Mikael Jantunen 11 points and seven rebounds.

Daejon Davis, in his first game back after missing five with an injury, had a season-high 19 points to become the 49th player for the Cardinal (8-4, 4-2) to reach 1,000 career points. Ziaire Williams scored 17 points and Oscar da Silva, coming off player of the week honors, was held to 11 points and two rebounds, almost nine points and more than five boards below his averages.

On Saturday, California visits Utah and Stanford goes to Colorado.