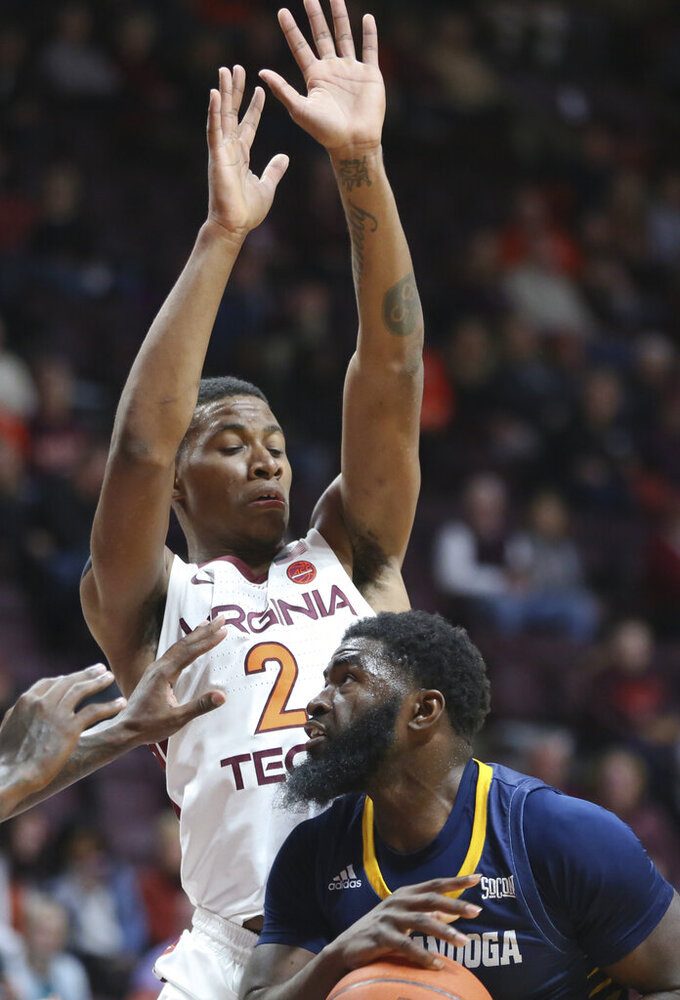 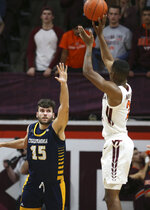 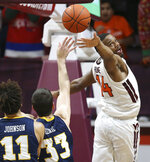 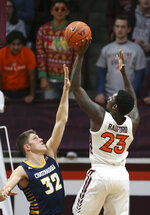 The Hokies didn’t exactly ace it but, fortunately for them, they received a passing grade.

Nahiem Alleyne scored a career-high 22 points, and Virginia Tech made all the important plays in the final five minutes to rally from a small deficit late and beat Chattanooga 63-58.

Alleyne hit 7 of 13 from the floor, including three 3-pointers for the cold-shooting Hokies (7-3), who survived a scare and snapped a three-game losing streak. Landers Nolley II added 19 points for Virginia Tech.

“This isn’t the NBA,” Virginia Tech coach Mike Young said. “We’re not playing 82 games. We’re playing 35, 36, 37 if you’re fortunate enough to go to postseason. It’s not always easy to load that gun and play your best night in and night out. We didn’t play our best game. A lot of that is attributed to Chattanooga. They played a good ballgame. But I’m proud of my men. They got down four there in the second half and made enough plays to get out.”

The Mocs led 51-47 after a 3-pointer by David Jean-Baptiste with 5:23 remaining, but the Hokies answered by scoring on six of their next seven possessions. An Alleyne 3-pointer started a 14-2 run that enabled Virginia Tech to build a 61-53 lead and pull away on a night when it shot just 39% from the field (23 of 59).

“We weren’t concerned,” Alleyne said. “Coach always says to fight a little harder and execute the plays. That was it.”

Chattanooga cut the deficit to 61-58 on a 3-pointer by Jonathan Scott with seven seconds left, but Alleyne hit two free throws to seal it.

“They (the Hokies) did not do things to lose the game, for the most part,” Chattanooga coach Lamont Paris said. “They didn’t turn the ball over. Their shot selection was pretty good. They got to the free-throw line. Some of it was us – we made a couple of mistakes down the stretch also. A couple of shots we had didn’t go in … While we put ourselves in good position, we’re still learning what game-winning time is and what it’s about.”

Chattanooga: Kenic came into the game averaging just 8.5 points per game, and he had hit just three 3-pointers all season, but the junior from Serbia gave the Mocs a big boost off the bench, with the 16 points and hitting two 3-pointers. His play, though, wasn’t enough to overcome an off game from leading scorer (15 per game) Matt Ryan, who finished with just two points on 1-of-7 shooting.

Virginia Tech: The Hokies’ 39% shooting was their second-worst shooting performance of the season, and the Hokies made just six 3-pointers – their second-fewest 3’s in a game this season. But Virginia Tech made enough plays down the stretch to extend its home-court nonconference winning streak to 30 games.

Virginia Tech played without backup guard Hunter Cattoor, who missed the game with an ankle injury. Young waited right up until the opening tip before deciding to sit Cattoor and not risk more damage. Cattoor was averaging 6.4 points in 24 minutes per game.

“He could have played,” Young said. “We we’re talking about it going onto the floor to start the game.”

The Hokies went into the game fourth nationally with 11.3 made 3-pointers per game, but they have struggled from beyond the arc in the past two games. Virginia Tech hit just five 3-pointers in a loss to Duke on Friday and made just six against the Mocs.

“I just thought our movement – we looked like we were so slow and heavy,” Young said. “ I’m not sure what to attribute that to other than, again, it’s unrealistic to think that your team is going to play like gangbusters night in and night out. We had a tough night. We got out of here with a win, and the last time I checked, that’s what matters the most.”

Chattanooga: The Mocs play at home against Troy on Sunday.

Virginia Tech: The Hokies play at home against Gardner-Webb on Sunday.