Alvarado steals a win for Georgia Tech over N.C. State 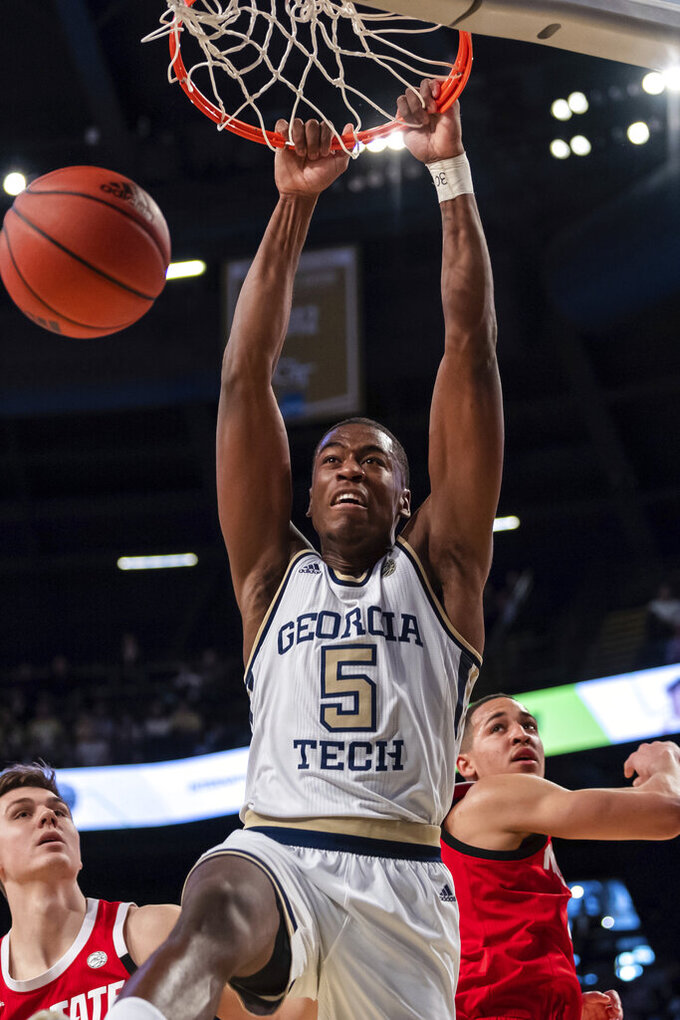 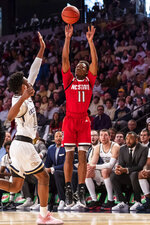 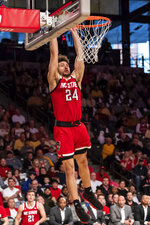 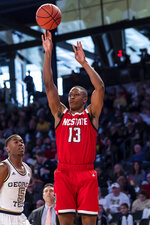 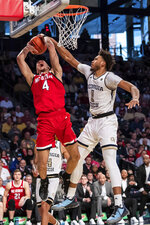 ATLANTA (AP) — Jose Alvarado sensed the perfect time to be disruptive on defense, stepping between two North Carolina State players who were trying to pass the ball.

“I just went with guts," he said. “It gets me in trouble sometimes, but this one didn't."

Alvarado scored 24 points, tied a school record with eight steals and had two dazzling takeaways in the closing seconds to lead Georgia Tech to a 64-58 upset victory over North Carolina State on Saturday.

The Yellow Jackets (9-11, 4-6 Atlantic Coast Conference) ended a five-game losing streak at home and won for the first time at home in league play this season. Alvarado finished with eight steals to tie a school record set by Kenny Anderson 29 years ago.

It was an ugly loss for N.C. State (14-6, 5-4) after a dramatic victory three days ago at Virginia. Snapping a three-game winning streak, the Wolfpack got no points from senior C.J. Bryce, who went 0 for 4 from the field and didn't take a shot in the second half. N.C. State allowed 20 points on 14 turnovers.

“It's disappointing because I just didn't think we brought it today," Wolfpack coach Kevin Keatts said. “Not that we didn't play with energy and all that other stuff. We just didn't make the winning plays that we're accustomed to."

Alvarado won it by himself at the end. He hit two free throws after taking the ball away when Bryce was trying to pass it to Markell Johnson along the right sideline and drew a quick foul. He followed by stealing the ball from Johnson and hitting a layup at the buzzer.

“That last one was a big one, which gave us our seventh three-stop in a row, or seventh kill as we like to call it," Jackets coach Josh Pastner said. “Just a real gritty, gritty win for Georgia Tech and our guys."

Georgia Tech played without its leading scorer as Michael Devoe appeared to be sidelined by a sore foot.

After N.C. State's Devon Daniels gave his team a 53-50 lead with a long turn-around jumper just before the shot clock expired, Johnson took the ball to the rim for an easy layup in an offensive set to make it a five-point game. Center James Banks, though, tipped in a putback to give the Jackets a 56-55 lead with 2:37 remaining, and Alvarado drove the lane out of an offensive set for a layup that made it 58-55 at the 1:52 mark.

In the final minute, Braxton Beverly hit a jumper from the right wing to tie it before Banks' putback gave the Jackets a 60-58 lead.

After missing nine of its first 10 shots and later trailing by 11 at 10:55 mark of the first half, N.C. State tied it on two free throws and led 30-28 and a reverse layup by Johnson. The Wolfpack were up by one at intermission.

Johnson finished with 21 points, and Daniels had 12 for N.C. State.

N.C. State: The Wolfpack won at Virginia despite not having F Manny Bates (concussion protocol) and F Pat Andree (ankle). Both were absent again, but facing a lesser front line against Georgia Tech, N.C. State still had enough size to take advantage in the paint when the Jackets switched from a zone to a man defense midway through the first half. The Wolfpack bogged down in the second half when Tech switched back to a zone and used trapping sets to confuse the ball handlers. N.C. State snapped a four-game streak in which it held opponents under 40% shooting. Georgia Tech finished at 43.4%.

Georgia Tech: Anderson had eight steals against Duke on Jan. 30, 1991, to set the single-game school mark. ... The Jackets won their fourth straight in the series and claimed their first season sweep of an ACC opponent since 2013-14. ... Devoe, who averages 16.2 points, warmed up before game and was in uniform as he watched from the bench. Pastner said the team will reevaluate Devoe at practice Monday. ... The Jackets took their second double-digit lead on Alvarado's runner midway through the first.

Georgia Tech finally won at home. Last month the Jackets were blown out by Syracuse and lost by 18 to Ball State. This month they dropped games against Duke, Notre Dame and Virginia by a combined 14 points. The Jackets were coming off a four-point road loss to No. 6 Louisville.

“We've played a lot of close games that haven't gone our way," said reserve forward Evan Cole, who finished with 11 points. “We just knew we had to finish this out."

N.C. State hosts North Carolina on Monday and is off four days before hosting Louisville.

Georgia Tech hosts Morehouse on Tuesday and is off three days before visiting Notre Dame.