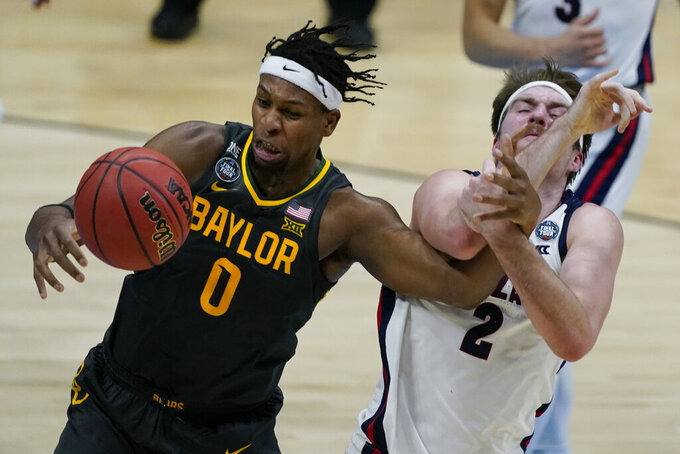 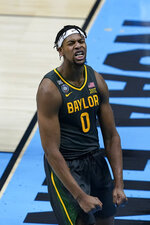 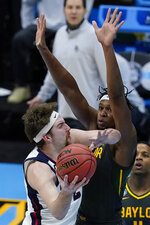 The bid for an undefeated season, one game short. A first-time national champion, crowned.

Baylor overwhelmed Gonzaga with a burst of power and speed, winning its first national championship while ending the Bulldogs' perfect season with an 86-70 win Monday night.

A two-year wait for a title game became the coronation of a team constructed to batter anything in its path, even the ultra-efficient Zags.

Gonzaga (31-1) appeared to feel the pressure of perfection and the fatigue – mentally and physically – from playing one of the most dramatic games in Final Four history less than 48 hours earlier.

The Bears (28-2) pounced with an onslaught of 3s and blow-bys off the dribble, sprinkled with five sets of sliding feet and waving arms on defense.

“It’s a really really tough one to end a storybook season on, but listen, Baylor just beat us,” Mark Few said after Gonzaga’s second loss in the national title game the past three NCAA tournaments. “They beat us in every facet of the game and deserve all the credit.”

Davion “Off Night” Mitchell spearheaded a defense that pressured the normally-careful Zags into 14 turnovers and turned Gonzaga All-American Corey Kispert into a nonfactor.

Baylor is the new king, 18 years after one of the darkest scandals the sport's history. Drew, son of a Hall of Fame coach, was the architect, assembling a team of fast-footed, broad-shouldered Bears who ran through and around nearly every team in their path.

“It was just electrifying, especially in that type of environment in the big game,” Butler said. “Everybody was clicking on all cylinders and that’s what it takes to win.”

This highly anticipated match-up was supposed to be played in December, only to have COVID-19 force a cancellation. The wait turned out to be worth it, the two best teams all season — and the bracket's top two seeds — each playing for its first national championship.

While Baylor cruised to another lopsided victory in the first Final Four game, UCLA laid out a possible blueprint of how to throw a wrench in the spokes of the Gonzaga machine. The Bruins made shots, lots of them, and that prevented the Zags from getting out in transition. They also played methodically on offense, refusing to run even when the opportunity arose. Gonzaga had to play UCLA shot for shot and won it in overtime on Jalen Suggs' banked-in 37-footer.

The Bears certainly had the shot making part down.

Baylor's quickness off the dribble gave the Zags fits, setting up shots at the basket or kickouts to the arc. Miss and the Bears grabbed offensive rebounds for putbacks. Even when Gonzaga had some brief success with a zone, Baylor solved it by getting the ball to deft-passing MaCio Teague in the high post.

The Bears had seven 3s and nine offensive rebounds by halftime.

They also had the added caveat of being a defensive team unlike anything Gonzaga had seen, a flying force of springy, quick-footed defenders. Switching nearly every screen, Baylor kept the Zags in front of them and out of the lane. Their fast hands created turnovers, leading to shots in transition. When they did get beat, they blocked and altered shots at the rim.

Baylor opened the game with a 16-4 run and led by 19 at one point in the first half.

Gonzaga shot 1 for 8 from 3, but managed to whittle Baylor's lead to 10 by halftime with aggressive play that led to 14 free throws (12 makes).

The Zags had a couple of early second-half opportunities to cut the lead to single digits. Every time they did, a missed shot, big block or Baylor bucket followed.

Gonzaga finally got the deficit down to nine. Just over minute later it was 16.

“When you come up against a team like that, that’s firing on all cylinders for 40 minutes, it really hard to compete against,” Kispert said.

Then lead continued to grow, the cheers from the limited number of Baylor fans with it.