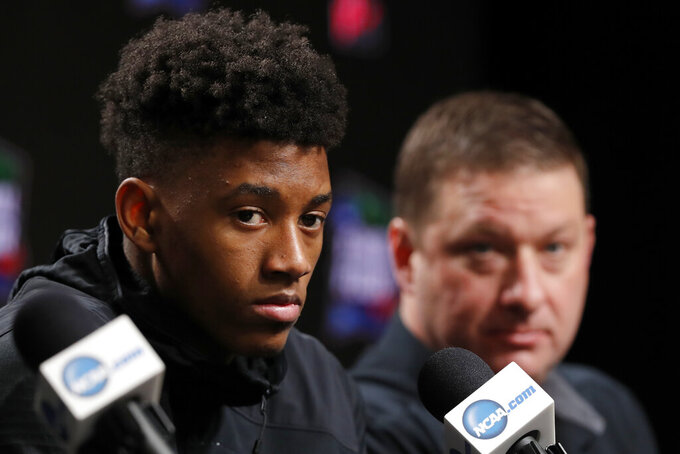 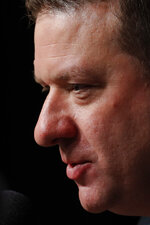 MINNEAPOLIS (AP) — Texas Tech and Virginia have reached the national championship game by leaning on stingy defenses, overlooked and underappreciated stars, and no shortage of nail-biting NCAA Tournament wins.

Here's a look at why they'll win:

Simply put: There is no way that likely NBA lottery pick Jarrett Culver struggles as much as he did in the Red Raiders' semifinal victory over Michigan State, when he committed three turnovers and was held to 10 points on 3-of-12 shooting by the defensive-minded Spartans.

That's only the start, though.

Backcourt mate Davide Moretti, who was downright heroic in their tournament win over Gonzaga, only had five points against Michigan State. Long, lanky forward Tariq Owens missed a good chunk of the second half with a foot injury, though it appears he'll be ready to go against the Cavaliers.

Despite all those hiccups, the Red Raiders still turned back the Big Ten champs.

Maybe they're just a team of destiny.

"Our goal has never been to make a tournament. It's been to win the tournament," said Texas Tech coach Chris Beard, the coaching vagabond whose toughness and tenacity has endeared him to fans back in West Texas. "It's easy to talk about and really, really hard to do. But that's where we started this whole thing, just trying to have the expectations and the vision where we could be relative."

Oh, his club is quite relative now. The Red Raiders have the nation's No. 1 defense by almost any metric, better even than the Cavs' vaunted pack-line D, and their offense has been so quietly efficient over the past six weeks that Beard took umbrage with the lack of attention it has received.

They also have Culver, who should be the best player on the floor Monday night.

"It means everything," he said. "This is what you started your summer for. This is what you worked all year. Just knowing you're the last two teams playing on Monday night is just so special."

Yes, the Cavaliers are known for defense, but their methodical offense tends to hide the fact that they have been one of the most efficient teams in the country on that end of the floor.

Virginia rarely turns the ball over (8.9 per game, fewest in the country), has one of the best turnover-to-assist ratios in the country (1.59, fifth best) and is seventh in the nation in 3-point field goal percentage (39.4).

Texas Tech's defense is not only the best Virginia has faced this season it is one of the best in recent college basketball history, according to KenPom metrics.

"We're going to have to be ball strong," Virginia assistant coach Jason Williford said. "They get a ton of deflections. They take the ball out of guys' hands."

With Kyle Guy, Ty Jerome and Kihei Clark, Virginia often has three ball-handlers on the floor. In third-team All-America wing De'Andre Hunter, the Cavaliers have another capable facilitator. That should help in the face of Tech's grinding pressure.

And, of course, Virginia plays lock-down defense, too. This championship game seems destined to be a tight, possession-by-possession affair. The Cavaliers are built for those.

And after pulling off two straight minor miracles to get this far, it's hard not to come away thinking: Whether it's karma or fate or some type of divine intervention, it's just Virginia's year.

"Hopefully, whatever that is," center Jack Salt said, "is still on our side."