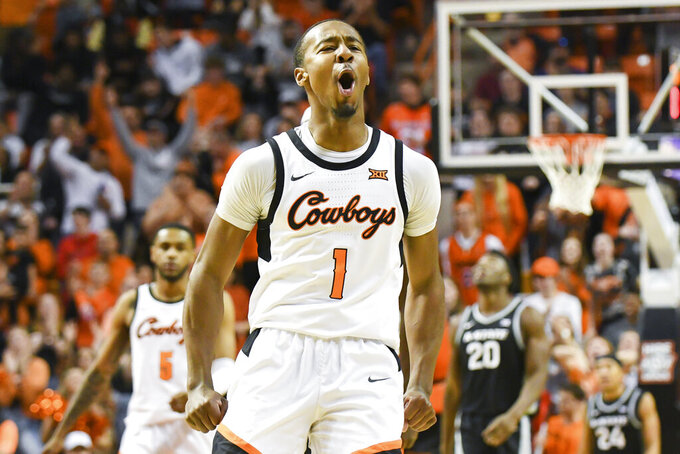 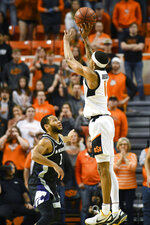 Markquis Nowell's near half-court shot bounced off the back of the rim at the buzzer for Kansas State.

Anderson's basket followed three-made foul shots by Nijel Pack with 12 seconds remaining to tie it at 79. Mike McGuirl's 3 with 2:55 left gave the Wildcats a 74-73 advantage to mark their first lead since being up 13-10 on a Nowell 3 with 11:54 left until halftime.

Isaac Likekele blocked Pack's eight-foot runner as time expired in regulation to force the extra session tied at 66. Kansas State finished with a 10-4 spurt in the final 3:34 to overcome a 62-56 deficit.

Oklahoma State held the largest margin at seven points on a pair of occasions in the first half, which saw 15 players enter the scoring column between the teams. The Cowboys led 37-35 at the break.

Bryce Thompson led the Cowboys with 23 points and reserve Kalib Boone scored 11 on 4-for-4 shooting. Oklahoma State shot 28 for 54 (51.9%) and has won three of five following a four-game losing streak.