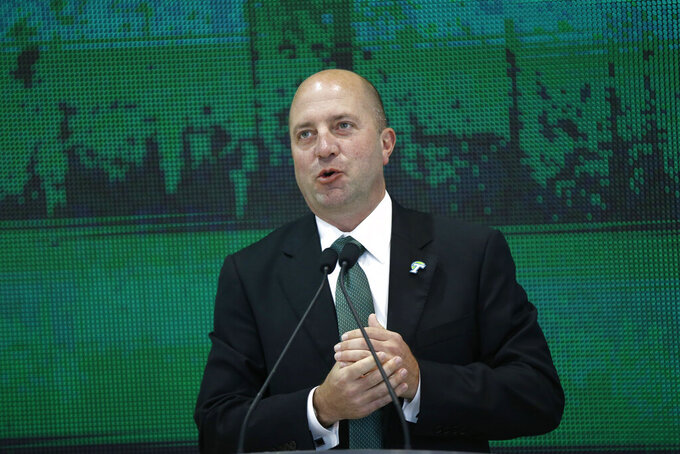 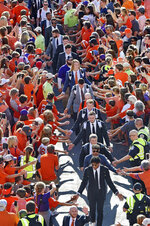 Change is imminent, but not everyone in college sports believes it is for the better as athletes get closer to earning money from third parties for use of their name, image or likeness (NIL).

In an Associated Press survey of Division I athletic directors, nearly 73% said allowing athletes to be compensated for NIL use will decrease the number of schools that have a chance to be competitive in college sports. Nearly 28% said many fewer schools would be competitive.

“NIL will be a game changer for all,” one respondent said. “Many will get out of college athletics as this is not what they signed up for. Schools should resist NIL and go Ivy (League) non-scholarship model. I do not see why NIL is good for all.”

Tulane athletic director Troy Dannen was among the 15% of ADs who said they believe NIL payments will have no impact on competitive balance.

Most of the survey respondents came from schools outside the Power Five conferences, the wealthiest and most powerful in college sports (Atlantic Coast, Big 12, Big Ten, Pac-12 and Southeastern).

Clemson athletic director Dan Radakovich, whose school competes in the ACC and has had one of the most successful football programs in the country in recent years, said he doesn't believe NIL compensation will damage competitive balance. But he was sympathetic to schools with smaller budgets that have those concerns.

“But Furman's cross-country team has ... consistently been superior to Clemson because they have concentrated on it,” he said. “They're going to concentrate on the sports that they think will give them the best opportunity to be successful. With NIL, without NIL, I don't think that they're going to be on the same level with us in certain sports.”

Loyola Maryland athletic director Donna Woodruff said her position on NIL compensation has “evolved a little bit” and she is less concerned about its impact on competitive balance.

She said at Loyola, where the women’s and men’s lacrosse teams routinely are ranked among the best in the country, athletes in those sports could become more popular than they might at schools where the football or basketball programs draw most of the attention.

“So there may be a disproportionate opportunity or an imbalance, but I don't think it's as great as some may fear," Woodruff said.

There is also a growing belief in college sports that athletes best positioned to cash in their fame might not necessarily be those whose teams get the most TV time but rather those with the most social media followers.

NIL opportunities could end up being a boon to female athletes.

“Everybody says the quarterback and the star power forward in men’s basketball will get the lion’s share of things,” New Mexico State AD Mario Moccia said. “I’m not so sure the men are going to dominate the earnings, just because I don’t think the way NIL is going to be monetized is completely defined yet.”

As Radakovich put it: “NIL is a job. If you’re going to be successful, you have to work at it."

The NCAA is trying to change its rules regarding NIL and compensation for athletes, but the process has bogged down under scrutiny from the Justice Department.

The clock is ticking on the NCAA. Dozens of states are forcing the issue with bills that will grant college athletes NIL rights as early as July. Efforts to put a federal law in place and avoid that situation seem on the slow track in Congress.

The NCAA was in front of the Supreme Court last week arguing an antitrust case that could impact other ways athletes can be compensated.

To many NCAA critics, questions and concerns about NIL's impact on competitive balance and possible corruption are moot. They say colleges have been denying a basic economic right to athletes.

Attorney Tim Nevius, a former NCAA investigator-turned-advocate for college athletes, said the right of publicity is protected by federal and state law.

“Everybody enjoys this right except college athletes who are the center of a multibillion-dollar entertainment industry,” Nevius said. “Many of whom could use the additional money to help them and their families make ends meet.”