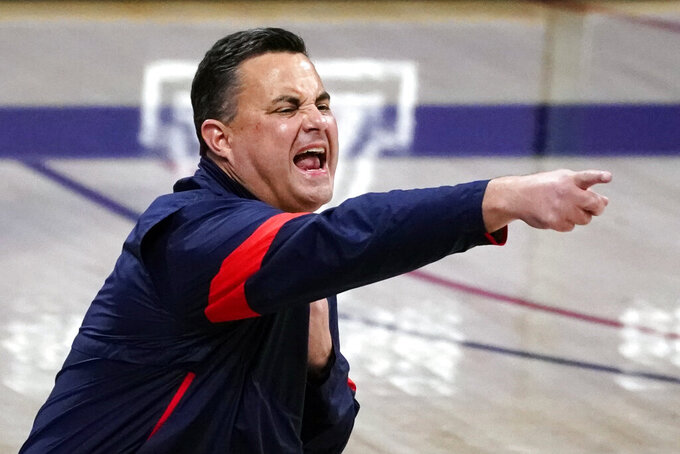 Arizona head coach Sean Miller reacts after a play against Oregon State during the first half of an NCAA college basketball game, Thursday, Feb. 11, 2021, in Tucson, Ariz. (AP Photo/Rick Scuteri)

TUCSON, Ariz. (AP) — Arizona and Northern Arizona have agreed to a 10-year scheduling partnership across nine sports, including football and basketball.

The agreement announced Friday is designed to strengthen the in-state partnership between the schools and provide increased scheduling consistency.

It includes men's and women's cross country, tennis, swimming and diving, and track and field. The women's golf, soccer and volleyball teams also are part of the agreement.

The scheduling series will include home-and-home games whenever possible and a potential season-opening game between the men's basketball programs at Arizona's McKale Center each year.

The football programs already have games scheduled through 2027 and will add four dates between 2030 and 2036. No games are scheduled between 2027 and 2030 due to previous contractual obligations.